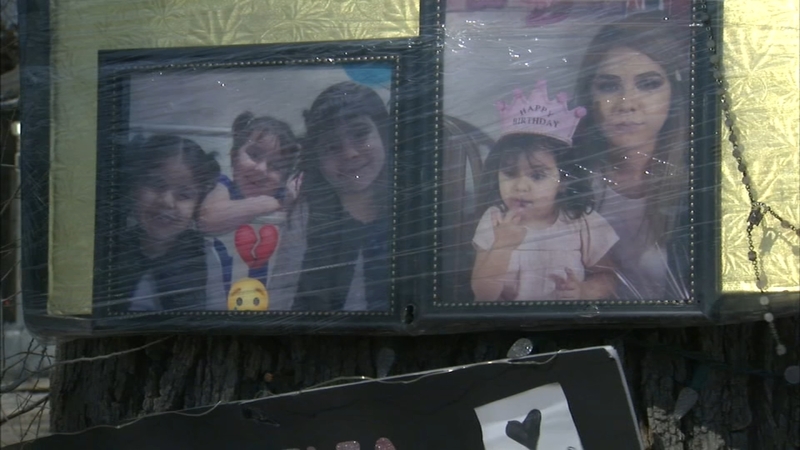 DES PLAINES, Ill. (WLS) -- The Des Plaines Fire Department is wrapping up its investigation into a house fire that killed a woman and her four young children earlier this year.

Officials released a 43-page report and surveillance video that shows the fire may have been burning for seven minutes before any 911 calls were made back on January 27th.

A video timeline constructed by city staff in response to a Des Plaines City Council request for analysis of what happened, shows angles captured from Metropolitan Water Reclamation Facilities across the street and first responder body cams

The Des Plaines Fire Department releases a timelapse video from the Jan. 27 fire that killed a mother and her four young daughters.

A mother and her four young daughters were killed in a house fire in Des Plaines Wednesday morning.

After firefighters arrived on scene, it took just 13 minutes for them to pull all five people out of the apartment.

The exact cause of the fire is still under investigation but authorities said a space heater and extension cord were found near the stairwell where the fire started.

That stairwell was the only exit out of the upstairs apartment where Cythlaly Zamudio and her four daughters were found.

The children were taken to hospitals and pronounced dead, while their mother, Nancy Cithlaly Zamudio Rodriguez, 25, died at the scene, officials said.

The century-old home was legally subdivided into four apartments and lacked smoke detectors, according to the report.

Over the years, the landlord has had some code violations according to Goczkowski.

"The city council will be revisiting our codes and ordinances related to rental dwellings to ensure that we are adhering to best practices," Goczkowski's statement said.