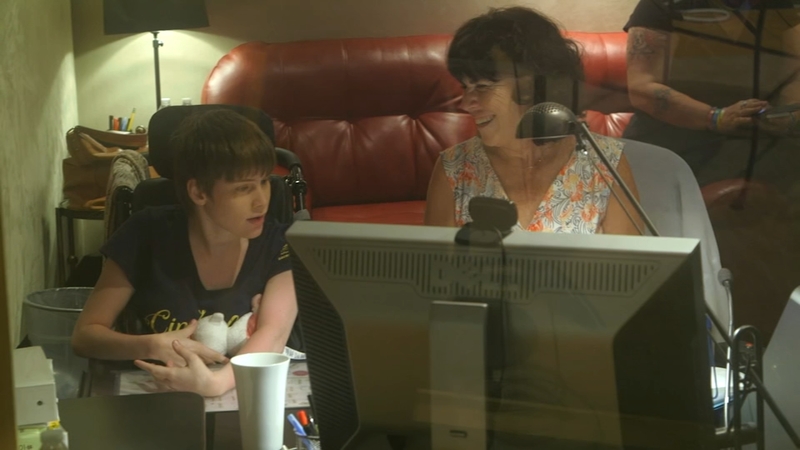 NAPERVILLE, Ill. (WLS) -- It's a wish come true for a Naperville writer who has always wanted to write for Disney.

Erin Feeney has cerebral palsy, but she doesn't let that hold her back. Now her hard work is paying off.

"Ever since Erin was a little girl, she loved Disney and she wanted to be a writer," said Erin's dad, Kevin. "So she put the two ideas together, 'I want to write for Disney.' And it's one of those things that you say, 'Well how can that ever happen?'"

The journey started after Feeney was invited to see Disney On Ice in 2017. ABC7 Chicago was there when she was introduced to the author of Disney Junior's "Doc McStuffins."

"I was able to read all of her stuff before I came and she is a very talented writer," said Doc McStuffins author, Shea Fontana. "So it's just really amazing to be able to sit down with her and really share this passion that I have and she has, and be able to talk about writing."

The story that Feeney wrote is about a bird named Topsy who can't keep up with her flock. Topsy doesn't have a tail and the Doc McStuffins crew helps her.

"Meeting Erin at the voice recording session was amazing and heartwarming, and so inspirational," said Lara Jill Miller, the voice of "Lambie."

Just seeing Erin have fun, it's been wonderful," Kevin said. "How many people actually get their dreams come true? So we're excited about it."