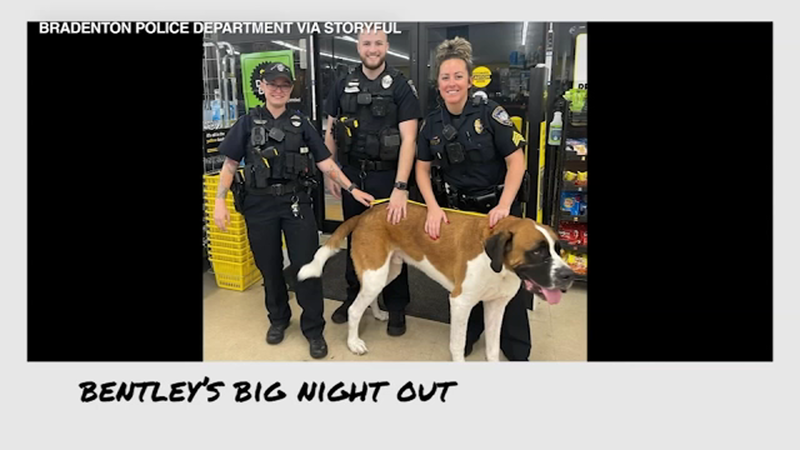 BRANDENTON, Fl. -- Officers in Bradenton, Florida, were called to remove a "giant dog" that wouldn't leave a Dollar General store at closing time, video shared by police on June 9 shows.

Bradenton Police Department said the 135-pound dog, named Bentley, broke through a gate and walked into the store, "where he spent a couple of hours browsing." The post added that "clerks went about their business until they really needed to lock up!"

Bentley can be seen walking around the store before being reunited with his owner in this bodycam video.