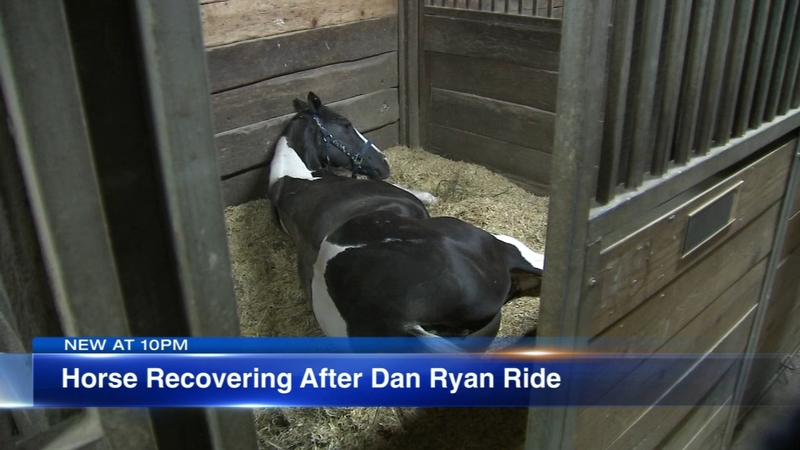 CHICAGO (WLS) -- Nunu the horse, who captured the nation's attention when she was ridden down the Dan Ryan Expressway, is continuing to recover.

People at Forest View Farms in Tinley Park said Nunu is slowly recovering from her injuries. Her legs and hooves were injured after Adam Hollingsworth, known as the "Dreadhead Cowboy," rode her down the highway.

"Last Monday my purpose was to bring awareness to a cause left unheard; to get the backlash has been very heartbreaking, to be painted like a monster; everyone knows I love my horses," Hollingsworth said after his last court appearance.