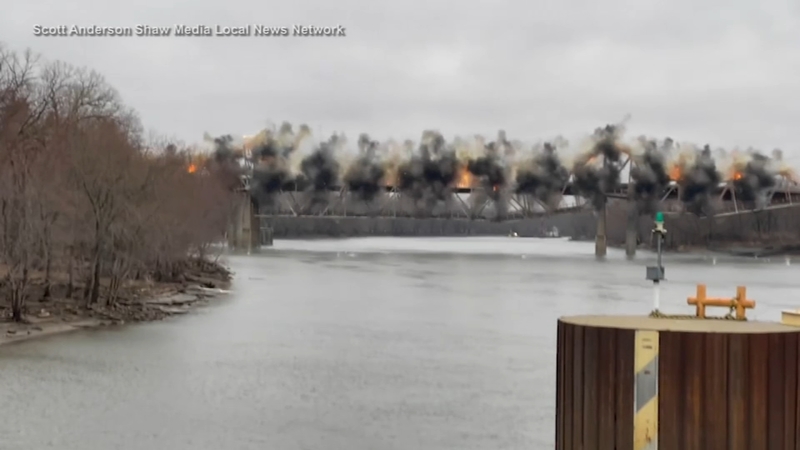 The bridge on Route 178 crossed over the Illinois River.

A fire department drone captured the implosion from overhead.

The area was closed off for several hours for cleanup.

The implosion was originally scheduled for Wednesday, but took place Thursday instead.