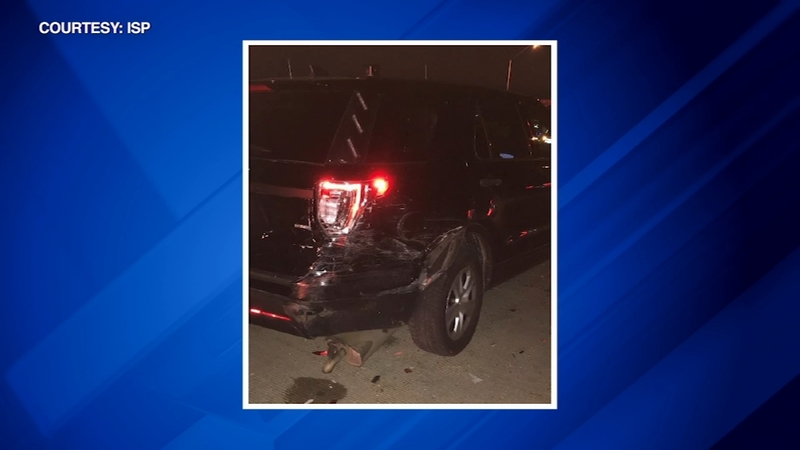 DARIEN, Ill. (WLS) -- An Illinois State Police sergeant escaped unharmed when his vehicle was hit by a driver Friday night on I-55 in DuPage County.

According to an ISP release, the sergeant was investigating a crash on the interstate northbound near Lemont Road when a driver smashed into his car while he was in it.

The driver of the Dodge, Porfirio Alverez Jr., a 34-year-old male of Hickory Hills, IL, was arrested for driving under the influence of alcohol. He was also cited for not complying with Scott's Law, which requires drivers to move over for an emergency vehicle.

Alvarez was not injured in the crash.

This is the 11th Scott's Law violation involving an ISP squad car already this year.