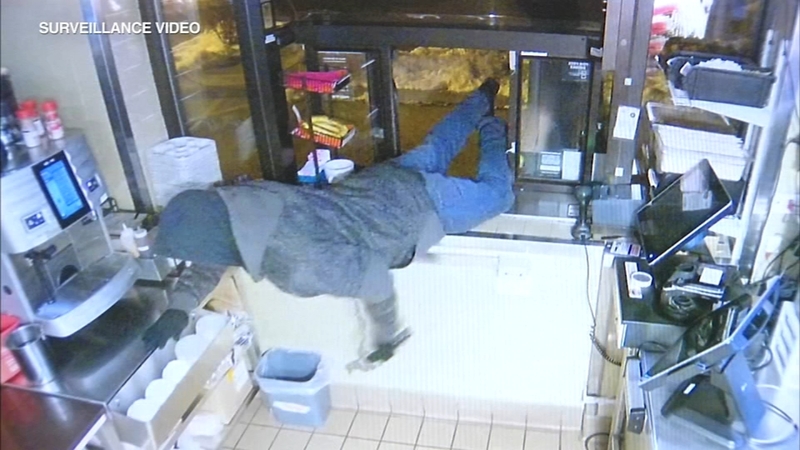 CHICAGO (WLS) -- A brazen burglary is caught on security footage inside a Portage Park Dunkin' early Tuesday morning. The surveillance appears to show the burglars climbing through a drive-thru window, and stealing cash and a safe from the doughnut establishment.

Police were told the Dunkin', which is located in the 4200-block of North Milwaukee Avenue, was burglarized between 3 a.m. and 3:30 a.m. Tuesday.

Once inside, you see them quickly making their way around the store as one suspect rifling through the back office. The other spent several minutes prying open the cash register.

"They broke like three cash drawers, went to the back office [and] broke my safe," store manager Bhailal Patel said.

In all, Patel said the thieves spent more than 30 minutes inside his store.

"If you need money, do hard work you'll get money," he said. "If you're stealing money, robbing, you're never going to go on top. You'll go down, never gonna win that way."

The pair then fled in a white van, police said.

As of Tuesday afternoon the store is back open. Patel said he hopes someone can help identify the thieves.