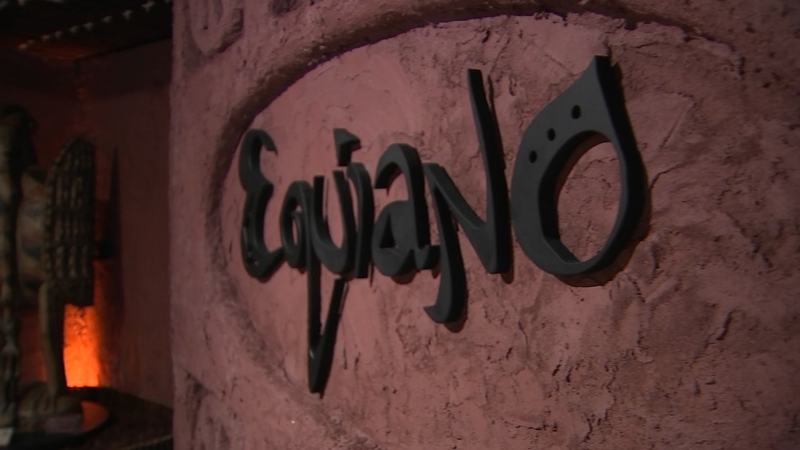 CHICAGO (WLS) -- What would the narrative be if the experience of slavery could be told by someone with a cellphone?

It would look a lot like Equiano Stories, a collaboration between the DuSable Museum of African American History and Stelo Stories Film Studio. Told from the perspective of Olaudah Equiano, the origin story is one that begins with freedom, not captivity.

"This is the story through the eyes of a child, through the voice of a child that's now going to be shared with the world," said Perri Irmer, president and CEO of the DuSable Museum of African American History.

The 80-minute film is the second in a series by the award-winning producers of stories documenting the lives of young people during key moments in history. Equiano Stories is a modern take on the history of the slave trade. The vertical film uses first-person, social media-type posts to tell the story.

Viewers first meet the 11-year-old and his family in their West African village. He tells his story of being kidnapped, put on a slave ship and sold into bondage by posting around 500 individual stories over the movie's 48 hours.

"The film was shot in a vertical format and meant for Instagram because it will appeal to a younger audience," said Grant Deady, Stelo Studios spokesperson.

With each story, there will also be short educational lessons for viewers. An exhibit celebrating the customs and lifestyle of Equiano's village opened Wednesday in support the film's debut. Replicas of huts as well as artifacts from the museum's permanent collection have been featured.

"People can feel different emotions whatever you want to feel," said Brenda Liboy, the exhibit's creative director. Different emotions, happiness, sadness, whatever. It's about emotions. "

"We thought it was important that the visitor actually have an intimate relationship with the artifact," Giesse said. "That's why there are no barriers."

Known for most of his life as Gustavus Vassa, Equiano bought his freedom when he was around 20 years old. He moved to London and later became an abolitionist and best-selling author after publishing his memoirs in 1789. His story became so popular, it resulted in abolition of slavery in England, which at the time, was the most active slave-trading country.