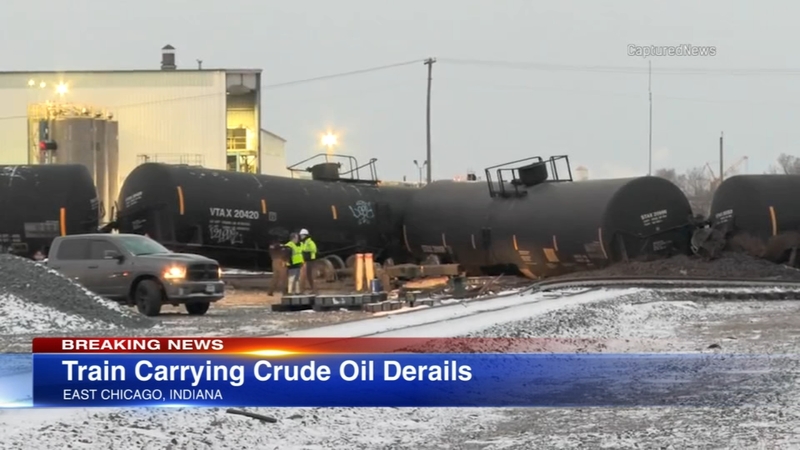 The CSX train derailed about 5:20 p.m. in the 4600 block of Euclid Avenue, East Chicago and CSX police said.

About 18 tankers containing crude oil came off the tracks, CSX police said. Hazmat crews were called to the scene.

No injuries were reported, officials said. None of the tankers spilled any oil.

Euclid Avenue is closed between 144th Street and Chicago Avenue, and police are asking drivers to avoid the area.

The cause of the derailment remains under investigation.