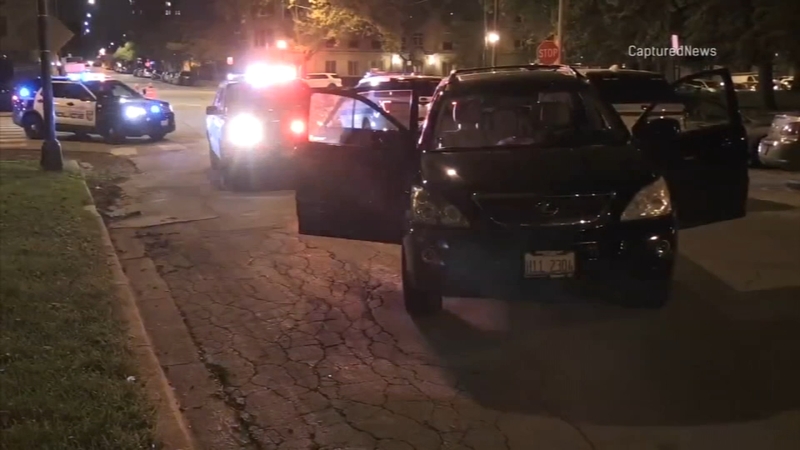 The robbery occurred in the 5800-block of North Winthrop Avenue just after midnight after a 47-year-old woman parked her car. Police said a group of five to seven men pointed a gun at her, took her keys out of her hand and then they all hopped into her Lexus SUV and took off. Police initially described the incident as a carjacking.

Police said the CPD and FBI Violent Crimes Task force was in the area doing proactive patrols for the Rogers Park shooter when they were alerted to the robbery. They began pursuing the SUV with back up cars following it all the way down Lake Shore Drive to the South Side.

The suspects ditched the car near South Shore Drive and East 55th Street, but they were soon caught and police recovered a weapon. Police said charges are pending against the five men.

"It's really unsettling since my car is up this road and I park late at night," said Edgewater resident Deirdre O'Donoghue

This robbery follows a long string of carjackings and robberies on the North Side of the city keeping police busy during the month of October. Just last week, three people had their cars taken in the same night in the Lincoln Park and Lakeview neighborhoods. Two of the cars were recovered on the South Side.

It's a trend that has many worried.