The three-time Grammy award winning superstar, whose real name is Chancelor Bennet is a product of CPS.

The Chatham neighborhood native's public mission began on March 6, 2017 when he donated $1 million of his personal money to the Chicago Public School Foundation.

That same day, he also called upon private businesses and corporations to donate money to the school system, saying that for every $100,000 in donations he will donate an additional $10,000 to individual schools to further support arts education.

Here's a timeline of some of Chance's additional CPS-related contributions.

--August 12, 2018: Chance serves as Grand Marshall of the Bud Billiken Parade and hands out 30,000 stuffed backpacks along with free tickets to his concert.
--September 1, 2017: Chance announces that the $2.2 million raised so far through his non-profit Social Works will be donated to 20 neighborhoods schools. Each school will receive $100,000.
--October 10, 2017: Lyft Riders now have the option to round up their fare to the nearest dollar. The extra change will go to Chance's new arts and literature fund called Social Works.
--November 20, 2017: Jewel-Osco presents a check for $1 million to Social Works.
--May 5, 2018: Goose Island Beer Co. donates $300,000 to Social Works.

--June 21, 2018: Chance helps open the new Great Wolf Lodge in Gurnee. The lodge also donated a $75,000 check to Social Works.
--October 4, 2018: Chance pledges $1 million for mental health in the city through a new initiative "My State of Mind".
--October 15, 2018: It's revealed that Chance the Rapper had been driving as an undercover Lyft driver to help raise money for his charity. (Undercover Lyft with Chance the Rapper
--October 16, 2018: Chance the Rapper officially endorses Amara Enyia for mayor stating she shares the same values and vision for Chicago.
Report a correction or typo
Related topics:
educationchicagochance the rappercpschicago public schools
Copyright © 2020 WLS-TV. All Rights Reserved.
CHANCE THE RAPPER 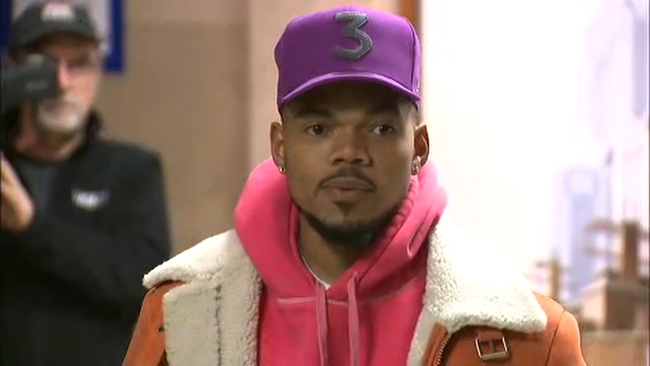 Chance the Rapper appears to defend Kanye West on Twitter 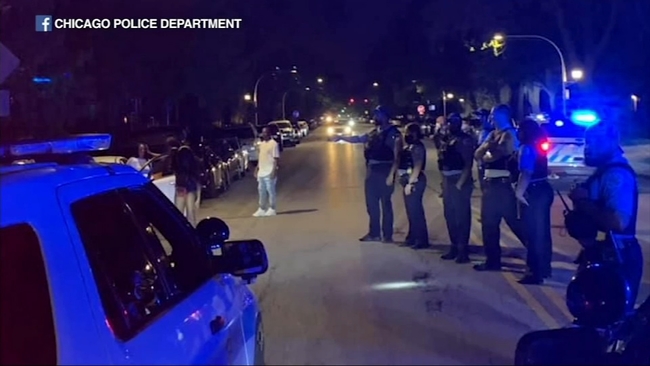