WLS
By Liz Nagy
CHICAGO (WLS) -- In a fiery Friday press conference, the Chicago Teachers Union called the latest offer from the city "insulting," as the possibility of a walkout is less than a week away. The city said it has bent over backward to get a deal done.

The city said they are open and willing to negotiating through the weekend. Both sides will be back at the negotiating table Saturday morning.
Report a correction or typo
Related topics:
educationchicagonear west sidewest townlori lightfootchicago teachers unioncpschicago public schoolsstrikenegotiationsteachers
Copyright © 2020 WLS-TV. All Rights Reserved.
RELATED 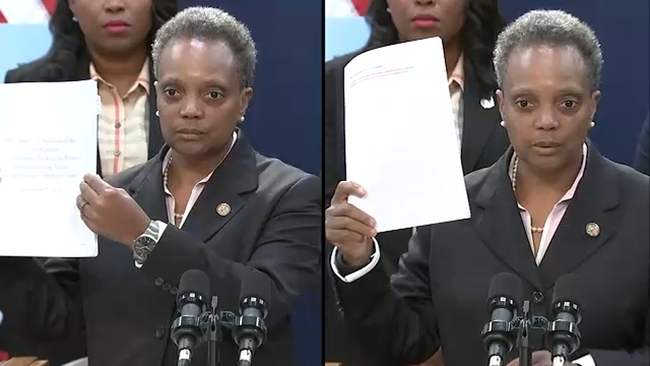