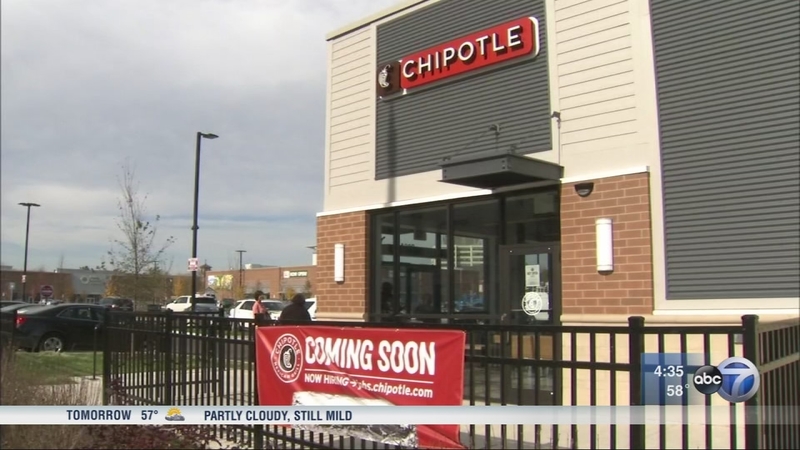 CHICAGO (WLS) -- A new Chipotle opening Tuesday is the latest addition to Englewood Square, a development in a Chicago neighborhood once considered a food desert and that is now showing signs of becoming an oasis of healthy choice.

Large crowds are expected at the grand opening of the fast casual restaurant, which is the latest addition to the businesses that are part of Englewood Square at West 63rd Street and South Halsted Street.

"I've watched this corner be torn down, and for it to be revitalized again is truly awesome for the community," said 16th Ward Alderman Toni Foulkes.

Foulkes said many in Englewood did not have access to a variety of businesses close to home and instead had to travel to other neighborhoods for healthy eating option. Foulkes said with this Chipotle opening that can come to an end.

Englewood Square is a mall with 10 units, the vision of real estate developer and Englewood native Leon Walker. It's anchored by a Whole Foods grocery store which, at first, was met with skepticism that it could thrive in a neighborhood known for gang crime and poverty.

But Walker said since the Whole Foods opened in September, even he didn't anticipate how well-received it would be.

"Whether it's Back of the Yards, whether it's even Bridgeport or as far as Chinatown, we've seen them come from all over to shop here because we have boundary-busting brands that now allow people from all over the mid-South and South Side of Chicago to come together," Walker said.

At Chipotle the staff of over 30 workers, most Englewood residents, practiced for opening day Tuesday. Jay Turner said he's happy to have the chance to earn a living and to do so right in his neighborhood.

"This was always a food desert, so I think it was a good chance and a good leap they took, and we're going to make the best of it," he said.