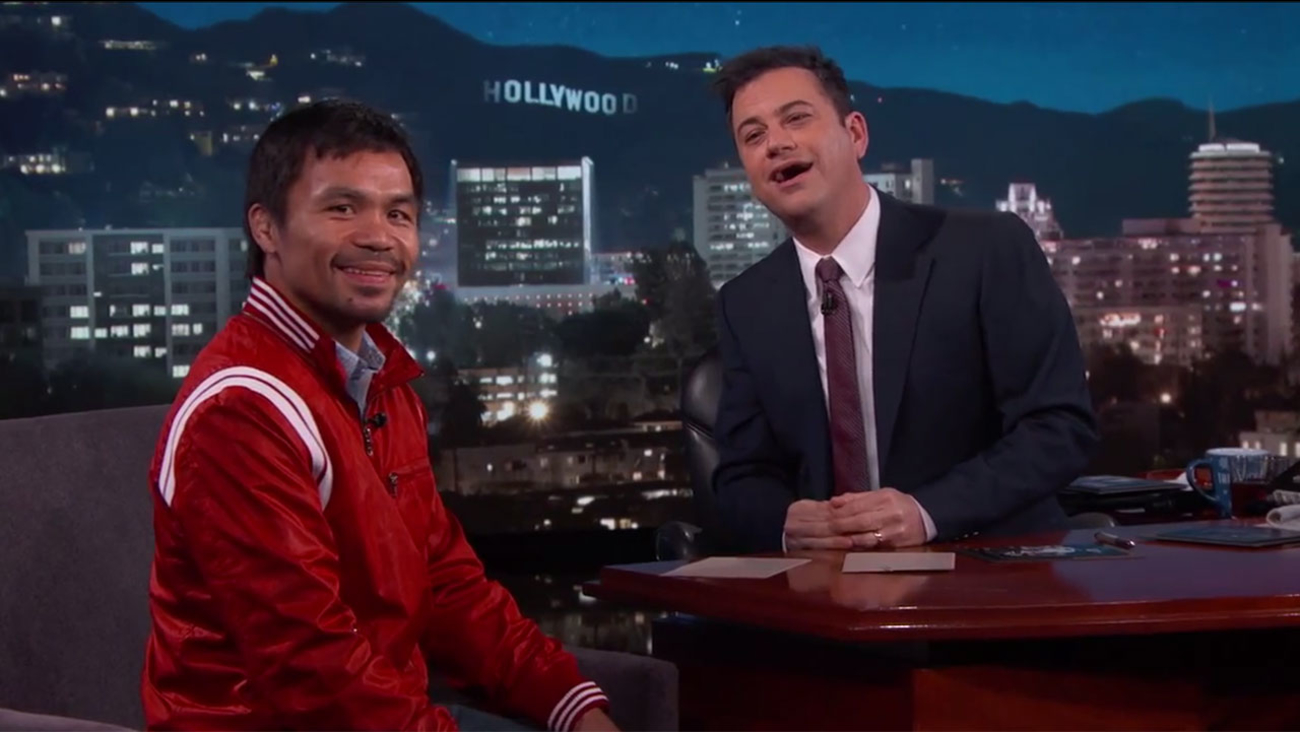 As Manny Pacquiao prepares to fight Floyd Mayweather in one of the most anticipated boxing matches ever, Jimmy Kimmel wants in on the action...kind of.

Pacquiao recorded his own song, "Lalaban Ako Para Sa Filipino," to play when he enters the fight. Kimmel really loves the song (as the show's staff will tell you), so they sang it as a duet when Pacquiao was a guest on the show Wednesday. Kimmel then asked to sing the song during the big fight. Did we mention he really likes it?

As one of Pacquiao's biggest fans, Kimmel had one more request: He wants to accompany the boxer on his way into the ring.

That request may not be as odd as it might seem. Justin Bieber is rumored to be entering the event as part of Mayweather's entourage. The two have a friendship that both have posted about on social media.

ESPN called the fight one of the most anticipated boxing matches of all time, saying it will "crown the king of the era."

The fight will air on pay-per-view on May 2.
Related topics:
arts & entertainmentdistractionjustin bieberbuzzworthysingingboxingjimmy kimmelwatercoolersports
Copyright © 2020 WLS-TV. All Rights Reserved.
DISTRACTION