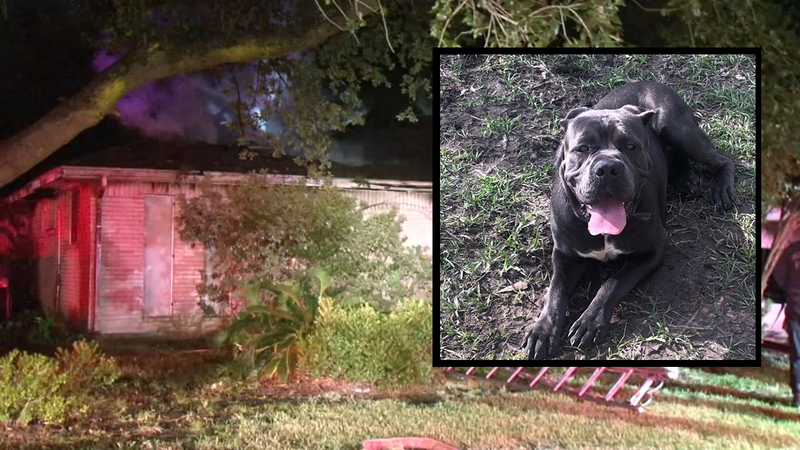 HOUSTON, Texas -- A family's beloved dog is dead after fire officials say the space heater they were using to keep it warm set their home on fire.

Houston fire officials responded to the call around 2:30 a.m. Wednesday at the 12200 block of Blue River Drive in northeast Houston.

When they arrived, crews found the one-story home fully engulfed in flames. According to Houston Fire Senior Captain Scott Zogg, the fire started due to a space heater in the garage, worked its way into the attic and spread throughout the whole house.

Authorities said a couple inside of the home made it out safely, but their daughter's dog, Cane, did not.

The local ABC affiliate spoke to the couple's daughter who said her parents' safety was her big concern, even though she lost her best friend.

"I've had the dog the last couple of years - he's my baby. I love him so much," Chiqita Williams said.

Williams added that her dad tried to go back into the home to rescue her dog but the smoke was too heavy.

In the midst of the freeze advisory, fire captain Zogg advises those with space heaters keep an eye on it.