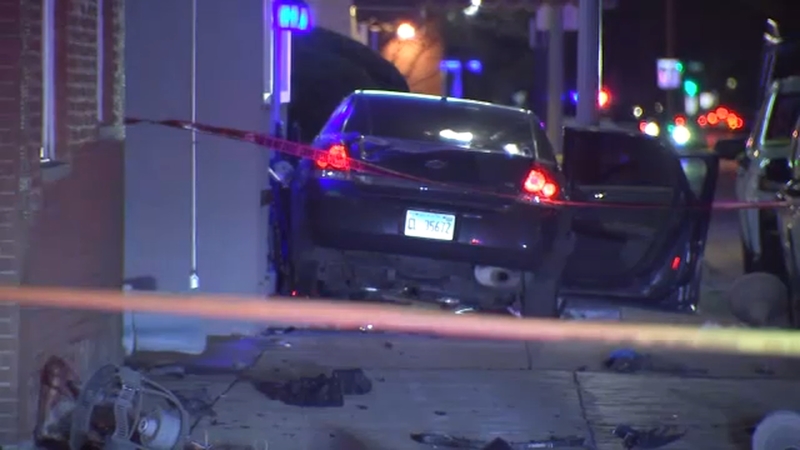 FOREST PARK, Ill. (WLS) -- Two people were hurt in a shooting and crash on the inbound side of Interstate 290 at the Des Plaines Avenue exit ramp Monday night, law enforcement officials said.

North Riverside and Illinois State Police said an expressway shooting was reported just after 8:15 p.m., and the victim drove south on Des Plaines, where he crashed his vehicle in front of BarTini.

The victim and his passenger were taken to the hospital from the crash site. ISP said the driver of the crashed vehicle was seriously injured by gunfire.