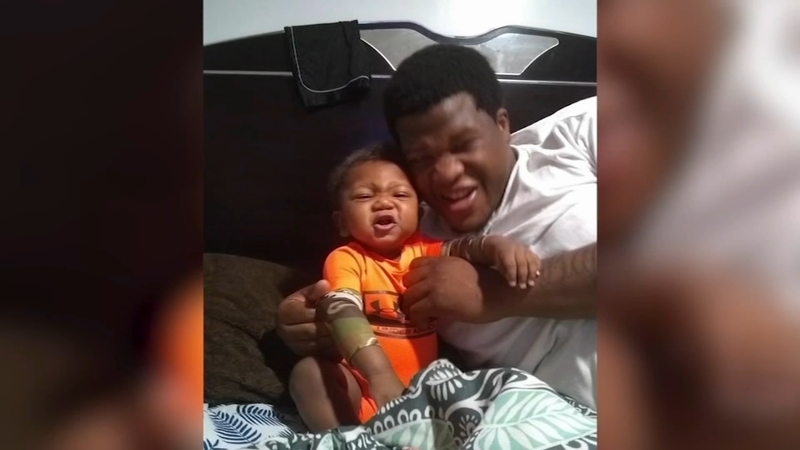 CHICAGO (WLS) -- Family and friends gathered to say a final goodbye Saturday to Jemel Roberson, who was shot by a Midlothian Police officer as he attempted to subdue a shooting suspect.

Roberson was 26. He was on the job at Manny's Blue Room Lounge in Robbins when a shooting broke out. Illinois State Police said Roberson was holding the shooter down when a responding Midlothian officer shot him after ordering Roberson to put his gun down.

"My heart's broken right now because my kids will not see their father for any holidays anymore," said Roberson's girlfriend Avontea Boose.

Roberson and Boose have a young son and another child on the way. Roberson hoped to be a Chicago Police Officer.

The funeral was held at the House of Hope on the far South Side. Some attendees wore t-shirts that said, "Security" or "Justice for Jemel." Others wore their security uniforms in tribute to Roberson.

"Me and him started in the security classes, took all our classes together," said mourner James Calvert.

Mourners also expressed anger over the cause of Roberson's death.

"But this heroic deed was repaid by a hater police officer, who fired continually to take his precious young life," said Roberson's aunt, Evangelist Louise Roberson.


The unidentified officer who shot Roberson remains on administrative leave. Roberson's family has filed a lawsuit against the Midlothian Police Department and protests have been held to call for the officer's dismissal.

"They're offering the same lip service while not offering the transparency and justice this community needs," said the family's attorney, Lee Merritt.

On Saturday, Roberson was remembered for his dedication to his family and his faith. He served as an organist for several churches. His last service was at Reverend Walter Turner's New Spiritual Light Missionary Baptist Church.