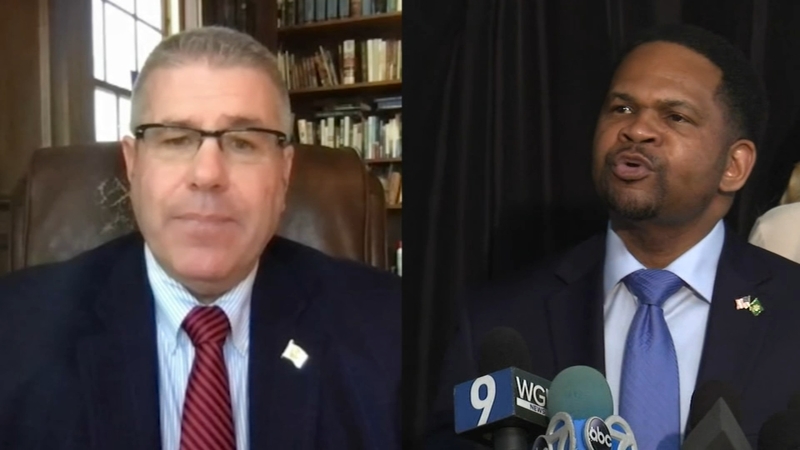 CHICAGO (WLS) -- The Illinois governor's race is heating up with a new pair of TV ads leading to more accusations of Democrats meddling in the Republican primary.

It's also ratcheting up the rhetoric among two leading Republicans, with early voting about to begin in less than a week.

Republican State Sen. Darren Bailey is under fire from the left in a new ad by the Democratic Governor's Association, which is supported by Governor JB Pritzker.

"But the conservative looking at this simply has to laugh, the confusion that's expelled with these ads, there's no doubt about that," Bailey said.

Pritzker is accused of meddling in the Republican primary.

"I think everything that's in that ad is accurate," Pritzker said. "I mean, he's wrong for Illinois."

And Richard Irvin is also taking aim at Bailey with his own new ad. Irvin's campaign spokeswoman Eleni Demertzis released a statement saying: "Darren Bailey's candidacy is so weak he needs J.B. Pritzker to do his dirty work."

With polls suggesting the conservative Bailey and moderate Irvin in a two-person race heading into the June 28 primary, Bailey was not surprised he's under attack.

"The Irvin campaign has to be very, very concerned," Bailey said. "And I think that was the whole motivation for the $25 million cash infusion they had a week ago."

All of this comes as early voting gets underway next week. The Chicago Board of Elections is preparing to open up a super site in the Loop on Thursday.

Irvin told ABC7 he does not remember sending them, while also praising some of Trump's policies that have helped Aurora.

Pritzker is ready for whoever wins the Republican primary.

"I'm not afraid of any of the Republicans," Pritzker said. "We're gonna run a tough race against Republicans. We've got 5, 6 and a half months until the general election, we're gonna beat them in November."