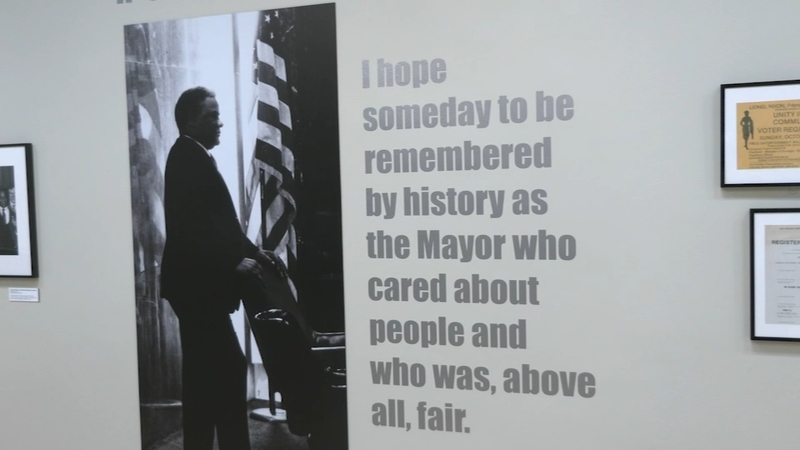 "What this exhibit does is celebrate the ways Mayor Washington was able to bring people from all across the city, different backgrounds, different ideologies, the ways that he was able to bring them together and make changes across the city for the common good," said Stacie Williams, the division chief of Archives and Special Colletions at the Chicago Public Library.

The exhibit is in honor of what would been Mayor Washington's 100th birthday this Friday.

Washington became the city's first Black mayor in 1983 after serving in the state legislature and congress.

The exhibit includes photographs, campaign posters and other documents. It also features excerpts of Washington's speeches.

"We want people to take a way a greater understanding for Mayor Washington's legacy, his impact on the City of Chicago," Williams said.

It's a fitting tribute at a library that bears his name.

"We think he would just be honored if people came to check out the exhibit and learn some new things," Williams said.