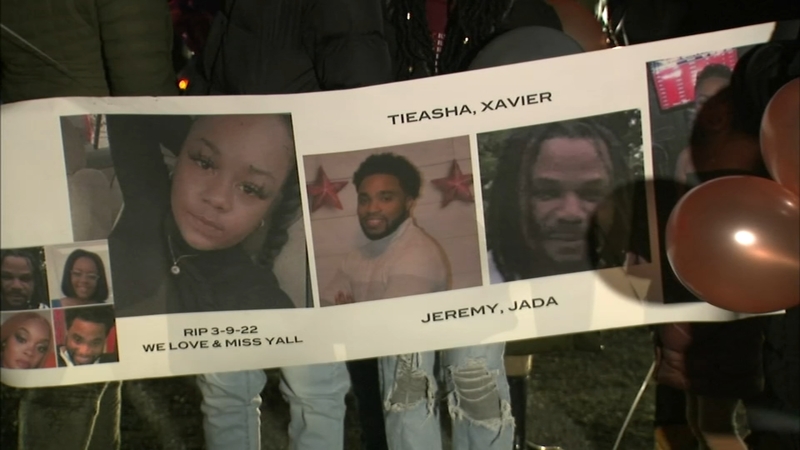 HARVEY, Ill. (WLS) -- Three families brought together by tragedy gathered to remember their loved ones who died in a south suburban crash earlier this week.

Four people were killed in south suburban Harvey early Wednesday morning after an SUV struck a freight train as it cleared a railroad crossing.

Police said Tieasha Rush, Jada Moore, and her brother, Xavier, were riding with Jeremy Robinson when the SUV struck the train around 2 a.m. near 155th Street and Halsted.

Security cameras at a nearby business captured the crash where moments before, crossing lights could be seen flashing.

Family and friends gathered at the scene of the deadly crash for a vigil Friday night.

"I couldn't imagine that I would be right here celebrating the passing of my daughter," said Tyrone Rush, Tieasha Rush's father.

Rush, still carrying a heavy load, has been unable to tell his 8-year-old granddaughter that her mother is gone.

"I just have to, kind of like, break the news, so I'm not prepared," he said.

Assata Moore is Jada and Xavier's cousin. She became Xavier's guardian when he and Jada's mother died years ago.