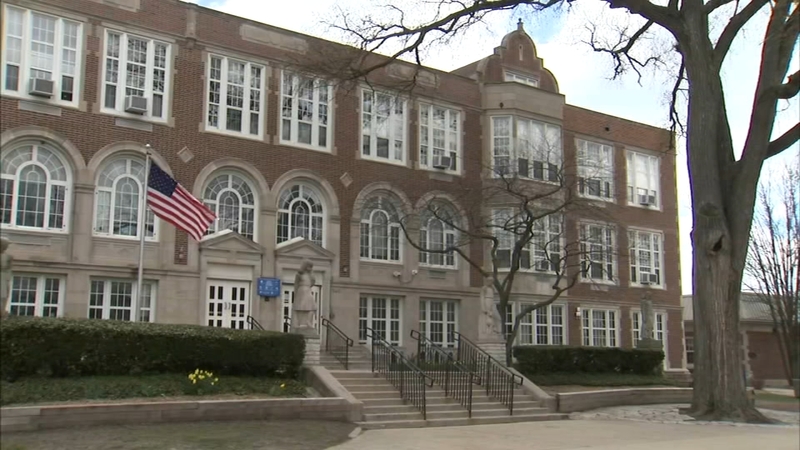 EVANSTON, Ill. (WLS) -- Parents and teachers at a middle school in Evanston are calling for more to be done after recent violent incidents sent a teacher and a hall monitor to the hospital.

Haven Middle School teachers arrived at school as a group Tuesday morning to protest conditions inside their school. Evanston police say a music teacher was knocked down as she encountered a fight outside her classroom on April 7. She has a concussion.

That incident followed another on March 30, when police said a hall monitor suffered a head injury while breaking up a fight in the school. The attacks on authority figures appear to be intensifying.

At a school board meeting Monday night, parents and students demanded more action from elected officials.

"Students are struggling, and the staff are struggling," 7th grader Maislin Kelly said. "This is one of the biggest signs that tells that us that we need change."

Students spoke of gathering nearly half the student body's signatures on a petition demanding action.

"There have the numerous fights directly outside classrooms," Kelly said. "The students who are fighting will be slamming against doors and really scaring the students and teachers."

A virtual meeting is being held Tuesday evening to address the concerns.

In a note on the district website, Haven Principal Chris Latting invited dialogue at Tuesday night's "culture and climate talk," writing: "At Haven Middle School, we are committed to providing a safe school environment that protects each student's physical and mental health. In collaboration with district central office colleagues, we are consistently working to improve every student's teaching and learning environment."

Some parents say they support teachers in their struggle to bring more order to the hallways.

"You need to set an example based on how you discipline when things like that do happen like that in school," parent Lashawn Freeman said. "The kids will be kids. You as a parent can teach them so much and hope that when they go back outside of your leadership, that they follow through on what you teach."

"They are telling me that every day is very stressful," parent Christina Mato said. "They see a lot of fights and they feel like they are not being listened to and problems aren't being addressed."