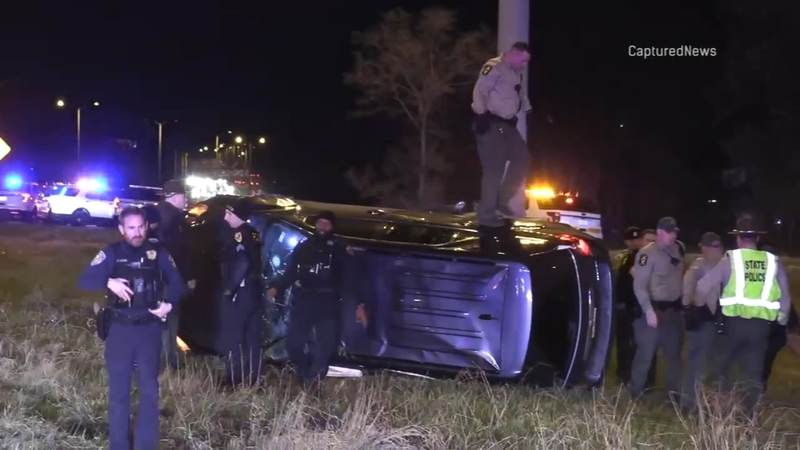 The chase ended at 147th Street and Sibley Boulevard in Dolton.

This all started a little before 11:00 p.m. Saturday night on Chicago's South Side.

Illinois State Police said they began chasing after a trooper located a vehicle that was wanted in connection to a recent armed robbery in a local jurisdiction. Troopers initiated a stop in the area of 87th Street at State Street in Chicago, but the suspect vehicle fled and a pursuit began. The suspects were involved in a crash with another vehicle on Interstate 94 northbound near Sibley Street.

Officers worked to get people out of their cars before eventually re-opening the expressway.

The two suspects were taken into custody and transported to the hospital. They were listed in stable condition. Three occupants from the vehicle that was struck by the suspect vehicle were also transported to an area hospital with minor injuries.