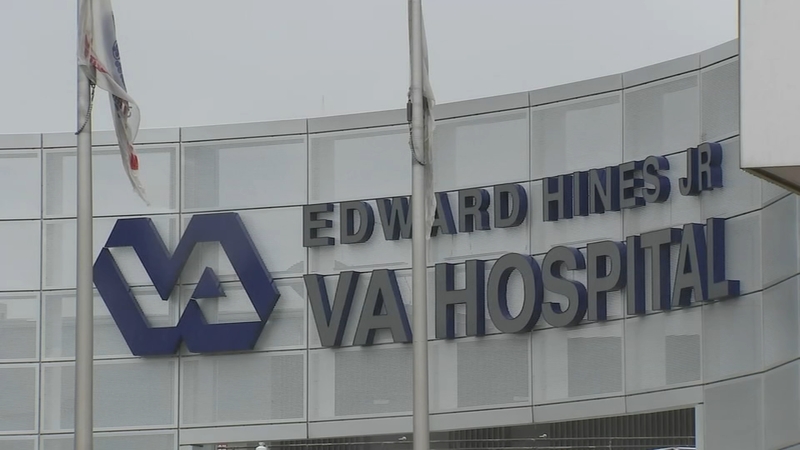 HINES, Ill. (WLS) -- The secretary of the U.S. Department of Veterans Affairs met with patients at the Hines VA Medical Center Wednesday as the center had to shut down care for some mental health patients.

It unfolded as the VA's highest-ranking official, U.S. Dept. of Veterans Affairs Secretary Denis McDonough, visited Hines Wednesday. He said there is a deep review of the unit, which is expected to re-open next week.

"We hear from our experts. We insist on transparency," McDonough said. "And when something is not right, we get to the bottom of it."

"There has been absolutely no patient harm," Doelling added. "We have a team of people who are doing a record review, just to confirm that we have found nothing. There is no increase in suicides, we have not had any inpatient suicides."

Sen. Tammy Duckworth is following the unit closure. Her office said, in part, she "appreciates that the facility is taking these problems seriously and taking dramatic action to transfer current patients to Jesse Brown."

While the secretary praised staff for coming forward, he was also at Hines to listen and meet with veterans.

As for the future of the VA, the secretary does have a plan, but those are only recommendations at this point. It's a very long, involved process that will take years.

The secretary recommends modernizing Hines, which serves more than 44,000 veterans a year and is one of the busiest VA facilities in the country. He also said Jesse Brown VA, which is located in the Medical District, would be modernized as well.

"Not only are facilities going to be modernized, but our outpatient clinics throughout the Chicagoland area, today, are being dramatically expanded, and that expansion will continue," he said.

But again, these are recommendations. Next, an independent commission, which still needs to be formed, will review the plan and then the president and Congress will get their say as well.