Joseph Kromelis was on fire for 3 minutes and is not expected to survive, police say
WLS
By Sarah Schulte 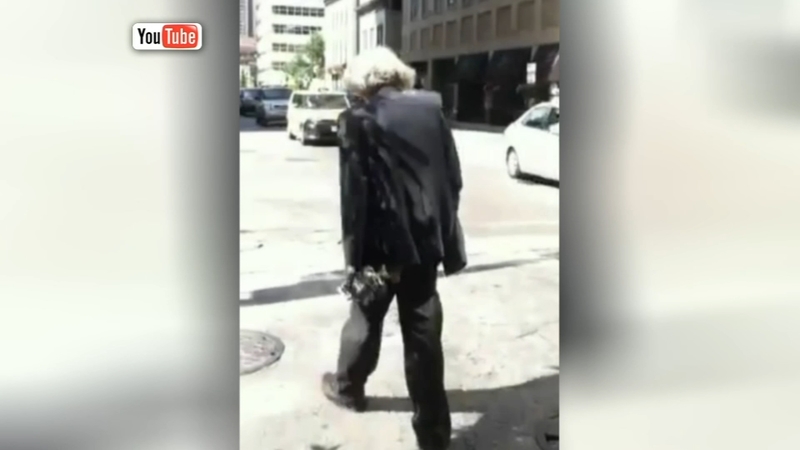 CHICAGO (WLS) -- The man charged with setting a homeless man on fire who was often seen walking around downtown Chicago is being held without bail.

Joseph Kromelis, known as the "Walking Man," will never walk again after prosecutors say Joseph Guardia doused the 75-year-old homeless man with gasoline and set on him on fire while Kromelis was sleeping on a sidewalk.

"The victim's body immediately became engulfed in flames," Cook County Assistant State's Attorney Danny Hanichak said. "As the victim got up, he began thrashing around trying to put the fire out. The defendant took off running."

Kromelis was on fire for three minutes before a Trump Tower security guard rescued him with a fire extinguisher. The crime was caught on surveillance video.

Prosecutors said Guardia didn't know Kromelis. He told police he was angry and looking to set something on fire.

"The defendant claimed he didn't know a person was there," Hanichak said. "The defendant did not provide a specific motive other than being an angry person."

Prosecutors don't buy it. They say Kromelis' face and feet were exposed, so they believe Guardia knew he was setting a human being on fire.

"This defendant did not target someone who he had an argument with or someone who wronged him or someone he knew," Hanichak said. "He targeted the most vulnerable person possible."

Surveillance video tracked Guardia's whereabouts following the crime. He took the CTA Blue Line and a Pace bus back home to Melrose Park, where a police officer and another resident recognized him after surveillance photos were released by police.

Community activist Andrew Holmes came to court Monday to support Kromelis, who has no family here in Chicago

"Just because he was less fortunate than others sleeping on that sidewalk," Holmes said. "I'm here, I'm standing for him."