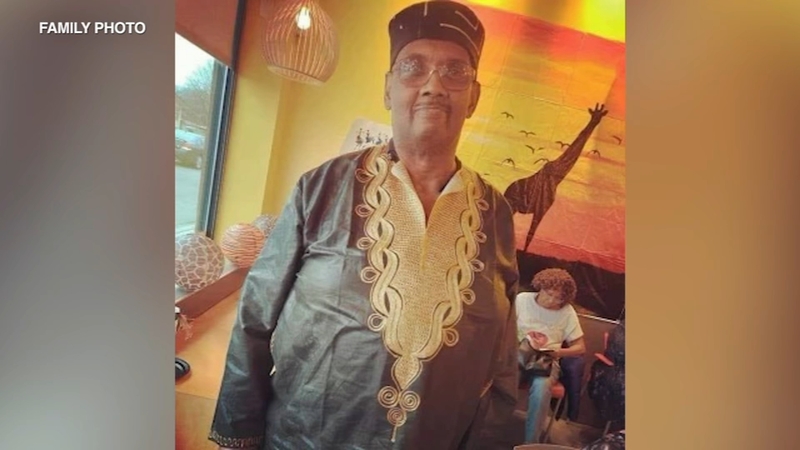 CHICAGO (WLS) -- Two people are in police custody after a 73-year-old Vietnam veteran was killed in an attempted carjacking in Chicago's Hyde Park neighborhood Wednesday.

After the attempted carjacking and beating of Keith Cooper, witnesses who helped fight off two attackers also helped police track them down.

"I just don't understand it," said Curtis Carlton, Cooper's son-in-law. "Broad daylight, he comes here all the time. We all shop here. They tried to steal his car. They didn't even get his car and they took his life."

A source tells ABC7 that the two people taken to Area South Police Headquarters are an adult and a juvenile.

Wednesday at around 12:30 p.m., Cooper was outside his regular grocery store in the 5300-block of West Kimbark in Hyde Park when police said he was approached by two strangers.

They demanded his car and then punched him in the head repeatedly. His daughter said the beating caused a heart attack that killed him.

"We were planning a trip soon in about a week," said Keinika Carlton, Cooper's daughter. "He had specific instructions for his final arrangements so I just need to carry those out."

His family is trying to make sense out of something so tragic and senseless.

"My dad, he was a sci-fi lover, a lover of jazz, loved his grandkids, loved his family, just all-around fun person to be around," said Keinika Carlton.