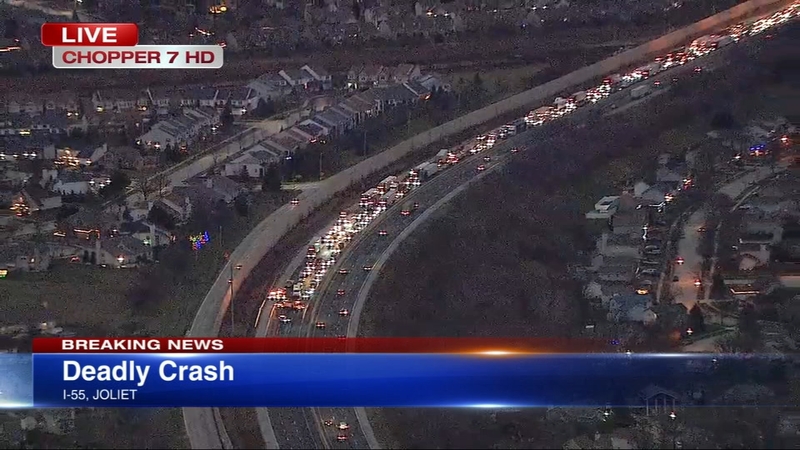 JOLIET, Ill. (WLS) -- All southbound lanes of I-55 near Joliet reopened after a crash that killed one person, Illinois State Police said.

Police said the crash took place around 1 p.m. near mile marker 255. The crash only involved one car, state police said.

State police said the driver appeared to have lost control of the car and went off the road to the right of the highway. The driver was the only person in the car, and was pronounced dead at the scene.

The right lane was closed due to the crash at about 1:15 p.m., and then all southbound lanes were closed beginning at 3:15 p.m. All southbound traffic was rerouted at US Route 30 before lanes reopened shortly before 5:15 p.m.