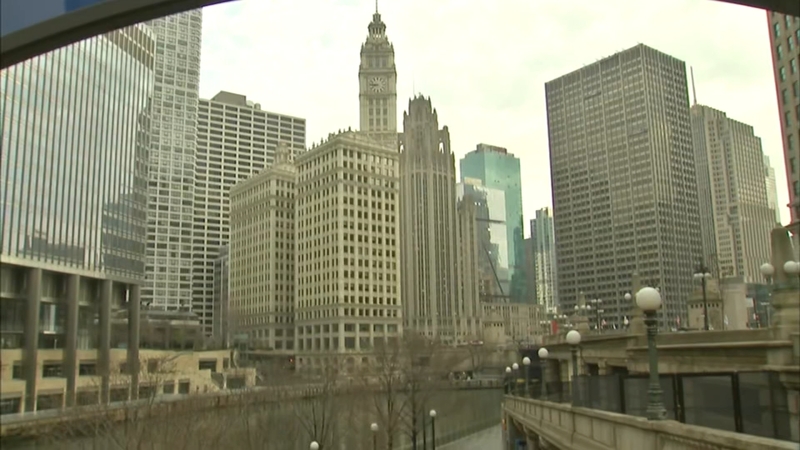 COVID-19 has not peaked in Illinois as cases top 31K, Pritzker says

As Gov. Pritzker mulls over extending the stay-at-home order beyond May 1, he said Monday he is strongly thinking about requiring masks in public places, especially grocery stores. But he admits such an order is complicated.

"We also want to make sure it's understood properly," Pritzker said. "You don't want to stop somebody from taking a walk in their local park, if it is open."

As Gov. Pritzker mulls over extending the stay-at-home order beyond May 1, he is strongly thinking about requiring masks in public places.

The governor said reopening the economy must be understood properly as well. Opening it up region by region is something Gov. Pritzker would consider, but he said all of it will be based on advice from the experts.

"If the hospital capacity in a certain area is quite large and very available, even with coronavirus in existence, then that might be a place where you could do more than some other place," Pritzker said.

Gov. Pritzker said the number of hospitalizations in Illinois is encouraging and there are signs the curve is bending. However, there is a lot of concern about the number of cases at nursing homes and assisted care facilities.

"These private facilities are home to some of our most vulnerable Illinoisans, and we expect owners and managers responsible for their care to take every action at their disposal to keep them safe," Pritzker said.

Testing at all long-term care facilities is welcome news for the Admiral at the Lake on Chicago's North Side. While there have been confirmed cases, the nursing facility has kept the coronavirus under control.

"We were very aggressive on the front end in terms of acquiring all types of PPE, so we feel good about supply we have now," said Nadia Geigler, CEO at Admiral on the Lake.

A charter flight full of personal protective equipment arrived at O'Hare Airport in Chicago from China on Monday. It's the second chartered flight in less than a week with millions of masks, gloves and other gear for health care workers and first responders fighting against COVID-19.

"If it strikes you as atypical that in the midst of a national emergency, a state is directly airlifting emergency materials from another country, you would be right," Pritzker said. "But that's the landscape that we are operating in competing with other states, other countries even our own federal government for supplies."

Gov. Pritzker said he's had no choice because the federal government is only facilitating transport of PPE to for-profit companies.

"When they land at O'Hare airport, those goods don't come to the state or to the cities," Pritzker said. "They go to distributors... That's a far cry from delivering to the states so that we can distribute to, for example, a nursing home that has an outbreak."

The first chartered FedEx flight from China landed at O'Hare on Thursday, with millions of masks and gloves. The two shipments are costing Illinois taxpayers $888,000, according to state receipts.

Governors in states across the country have been critical of the federal government, demanding the Trump administration take the lead on ordering supplies including ventilators and PPE. The White House is also putting pressure on states to ramp up testing in order to open back up the country.

But Pritzker claimed testing capacity isn't the issue. He said Illinois and other states don't have enough of the necessary supplies and equipment for testing.

"Some states have far more capacity than they actually understand," President Trump said Monday. "It's a complex subject, but some of the governors didn't understand it. The governor, as an example, Pritzker, in Illinois, did not understand his capacity."

In response, Gov. Pritzker's press secretary told ABC7: "We don't watch President Trump's press conferences anymore because they are not a source of factual information."