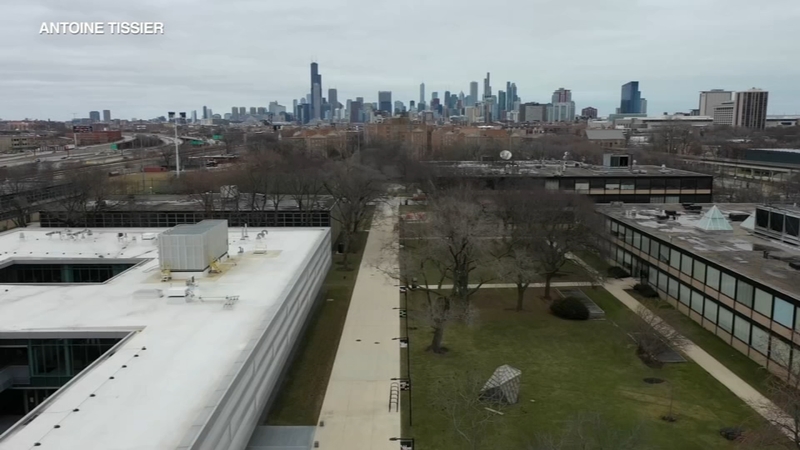 Gov. JB Pritzker continued his attacks on a downstate lawmaker who was granted a temporary restraining order against the extended stay-at-home order.

"This ruling only applies to one person, because it was only ever about one person," Pritzker said. "This was a cheap political stunt designed so that the representative can see his name in headlines, and unfortunately he has briefly been successful in that most callous of feats. As absurd as this charade is, we are taking this matter very seriously."

As Pritzker fired another shot at Bailey, who argued the governor's powers expire after 30 days, he made it clear the judge's ruling does not lift his order statewide.

"He needs to focus to the business at hand," Bailey said Monday night. "He needs to help the hurting families who are out of jobs and help recover our economy."

The governor also had sharp words for the Clay County judge who issued the temporary restraining order.

"While the court's order is limited, the risk it poses is significant," Pritzker said. "By agreeing with the plaintiff in this initial ruling, the court set a dangerous precedent."

Bailey had argued the stay-at-home order is, in effect, a quarantine. He cited state law, which says public health departments, not the governor, have quarantine authority.

One Constitutional expert said legal precedent appears to be on Pritzker's side.

"Past practice of governors and Illinois State Legislatures over the decades indicates that everybody understood that this was not a one-shot, a one-time, 30-day declaration of an emergency," said Sheldon Nahmod, Professor Emeritus at Chicago Kent College of Law.

The governor has vowed to win on appeal. Though the ruling only applies to Bailey, it could open the door to more litigation.

In fact, Bailey's attorney will soon be filing a second lawsuit challenging the governor's emergency authority on behalf of another Republican lawmaker, John Cabello, a state rep from the Rockford area.

"Just in because there have been continuing proclamations done in the past that have never been challenged in court, doesn't set precedent for the court that it has to accept it as a legal exercise of authority," said Tom DeVore, Bailey's attorney. "Being told to stay in your home unless you leave for the reasons I tell you, and if you don't, you could be subject to prosecution, that is a quarantine by its very definition."

The governor disputed that, adding that the COVID-19 danger has not passed. He pointed out that Bailey's district is one of the hardest hit in Illinois.

"For those unfamiliar, the 109th District happens to have among the lowest hospital bed availability and ventilators in the state, making it uniquely ill equipped to respond to a surge in cases," Pritzker said. "The district is also home to the county experiencing Illinois' highest death rate per capita from COVID-19."

Amid the legal back-and-forth, the state today recorded its deadliest day thus far with 144 additional deaths reported. It's further evidence, officials say, of the need for the stay-at-home order.

"I know that people are getting tired. We all are tired of this pandemic," Illinois Dept. of Public Health Director Dr. Ngozi Ezike said. "The enemy, the common enemy, is the virus. It's not public health that's trying to keep people safe."

With Monday's ruling raising questions about his statutory authority as it relates to the stay-at-home order, the governor was asked if he'll have to call an emergency session of the General Assembly to rewrite the law.

The governor said he's confident he'll win on appeal. Bailey's attorney said the cases may have to be decided by the Illinois Supreme Court