CHICAGO (WLS) -- Attorneys for clergy sex abuse victims released a new report Wednesday detailing all the Illinois priests who they say have been publicly accused of sexual abuse.

Officials from the Archdiocese of Chicago argue that this compilation contains accusations that are unsubstantiated or that have already been reported to authorities.

The lawyers released the 180-page report that includes background information and work histories of 395 priests and lay people accused and connected to the state's six dioceses.

Attorney Marc Pearlman said this is the first time such a comprehensive Illinois list has been compiled. The report primarily aggregates previously reported information about those who have been previously publicly accused of abuse.

At the Sunday conclusion of the historic sexual abuse summit convened by Pope Francis, Vatican officials announced "concrete initiatives" generated by the meeting.

"They have destroyed my foundation for morality, and values for trust," said abuse victim Joe Iacono. He was 11 years old when he says he was abused by his parish priest whose name is listed in Thursday's report.

"The purpose of this report is to disclose the scope of the peril that the Catholic Bishops have chosen not to disclose and keep secret," said Jeff Anderson, church sex abuse victims' attorney.

Anderson said the list includes clergy and laypeople who have been publicly accused of abuse. The Archdiocese of Chicago says it already releases the names of every member of the clergy who's had a substantiated allegation against them and turns over the names of those accused to law enforcement.

However, archdiocesan officials admit that they have not published the names of 22 priests on Anderson's list because they say the claims against them are unsubstantiated allegations. Fourteen of those accused clerics are dead.
"These names were not secret," said John O'Malley, the Archdiocese of Chicago's special counsel. "There was not effort to conceal them, they were all reported to authorities."

The archdiocese has previously published a list of 77 clergy with substantiated allegations of sexual misconduct against minors. They say the additional names the Anderson report connects to Chicago are priests of other dioceses that may have served in Chicago at some point.

"Chicago's child protection program is well beyond a list of names," said Mary Jane Doerr, the Archdiocese of Chicago's director of the Office for the Protection of Children and Youth, during a press conference. She continued, "Chicago is one of the strongest child protection efforts out there."

When it comes to sexual abuse allegations, the Catholic Church is not capable of policing itself, Illinois' former Attorney General Lisa Madigan and Pennsylvania's Attorney General

"What's frustrating to me is the lists represent the past and it wasn't a really good past but we don't do that anymore. That's not what's going on today. Today, all allegations are taken seriously. Any victim who comes forward is given pastoral outreach and care and help in making the allegation and children are protected broadly in our schools and religious ed programs," Doerr said.

Archdiocese of Chicago says all allegations of abuse are reported to police. Despite that, victims' attorneys say in most cases by the time a victim comes forward and the abuse is reported, the statute of limitations has run out and it's too late to charge someone. Attorneys say that doesn't mean a crime was not committed.

The Archdiocese has reported 20 of these clerics to the civil authorities; in one of the remaining two cases, the Archdiocese first received notice when the cleric was arrested, and in the other it was an allegation of misconduct with an adult, not a minor. The attached chart details the circumstances surrounding these 22 allegations and disposition of those cases.

Priests with substantiated allegations are listed on the Archdiocese's website.

Anderson & Associates conflates people who have been accused, but may be innocent, with those who have substantiated allegations against them, referring to all as perpetrators Their list includes:

If the Archdiocese of Chicago receives an allegation that a religious priest has engaged in sexual misconduct with a minor, the archdiocese reports it to the civil authorities, publicly withdraws the priest's faculties to work in the archdiocese, and refers the matter to his religious superior.
Religious superiors have the same obligation and responsibility as bishops to adhere to the terms set forth in the U.S. Conference of Catholic Bishops' Charter for the Protection of Children and Young People. 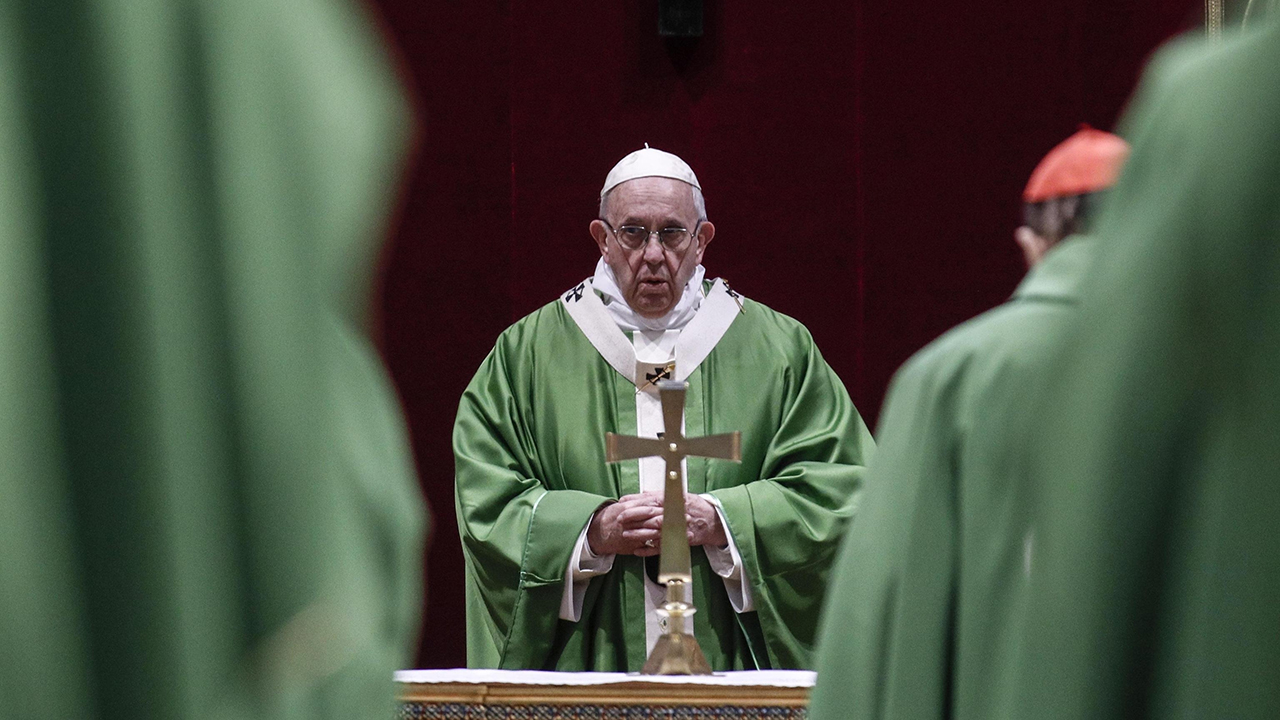 Pope Francis celebrated a final Mass at the Vatican on Feb. 24, 2019 to conclude his summit of Catholic leaders summoned for a tutorial on preventing clergy sexual abuse.