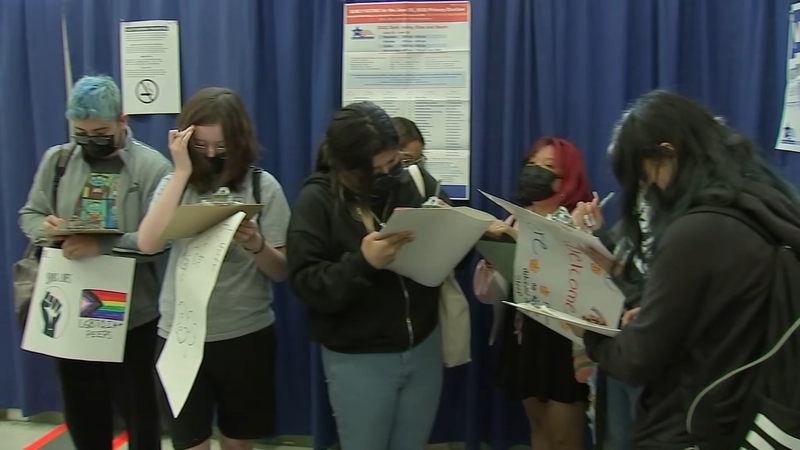 CHICAGO (WLS) -- There was a "parade to the polls" for first-time voters as some high school students cast their ballots for this month's primary election.

The students were taking advantage of their voting rights, as they're now old enough to cast their ballot in the upcoming primary elections.

VOTE 2022 | Meet the candidates in the Illinois primary election

"I feel like I needed to do this, not only for just my sake, but for other people's sake," said Malany, a senior at Hancock College Prep.

The nonprofit Chicago Votes put the event together, bussing students in from the South Side's Hancock College Prep to the early voting center in the Loop. There was even a DJ on site and helpers on hand to create a special first-time voting experience for the students.

"It was easier than I would've expected, honestly," Malany said.

It's special for these students to finally make their voices heard on different policies they care about. One 18-year-old transgender student was excited to cast a ballot at the start of Pride month, pushing for more LGBTQ+ rights.

"It's a big honor to be able to come out here now that I'm 18 and actually have my voice be heard," senior Connor Wallace said. "It feels like it's been a long time coming."

Other students are hoping their vote makes a difference when it comes to gun control laws... as recent mass shootings impact students just like them nationwide.