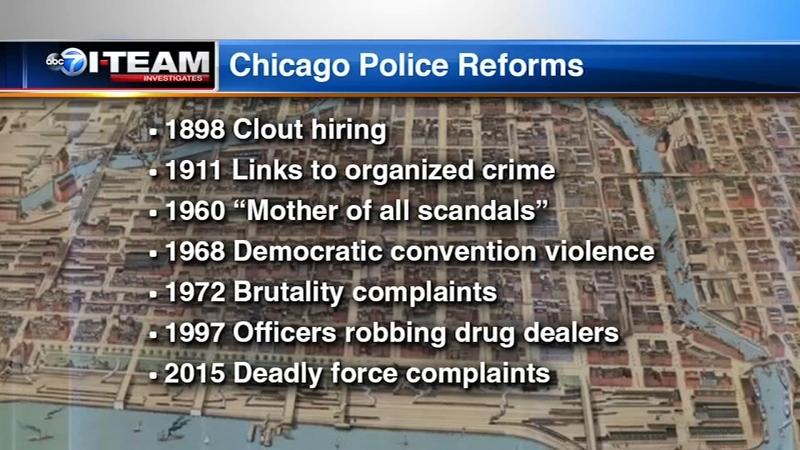 But tonight his famous tagline may be rendered ancient history if the police reforms announced on Friday are actually imposed.

Efforts to overhaul Chicago police conduct didn't start simply in 1968 after the Democratic Convention violence. There have been at least seven attempts.

The list of reform attempts goes back 120 years to 1898, when clout hiring of officers was the issue, and runs through deadly force complaints that prompted today's consent decree.

Former federal prosecutor Gil Soffer, ABC7's legal analyst, said even though the Department of Justice has backed out of the process, it will still have the full force of law.

"Ultimately it's presented to a court, to a federal judge, and the judge will review it and have the right to approve it, recommend changes to it or disapprove it," Soffer said.

That may be more than previous attempts:

-1898: Efforts aimed at overhauling CPD hiring practices and establishing a merit system were pushed by then Illinois Gov. John Tanner.

-1968: A Commission found the Democratic convention violence was a "police riot."

-1972: Brutality allegations were examined by a blue ribbon panel.

Considering this is at least the 7th police reform effort since the late 1800s, the question is: Why is there any hope this one will succeed where apparently the others didn't?