Jacob Blake's attorney, family say it will be a 'miracle' if he walks again
WLS
By Cate Cauguiran, Rob Elgas and ABC 7 Chicago Digital Team
KENOSHA, Wis. (WLS) -- Jacob Blake, a black man shot by police in Kenosha Sunday, is currently paralyzed from the waist down, his father said Tuesday.

Jacob Blake Sr. told CNN he does not know if the injury is permanent. Blake's attorneys said Tuesday afternoon it would be a "miracle" if he ever walked again. The attorneys said the bullets severed his spinal cord and shattered some of Blake's vertebrae, as well as causing damage to his stomach, kidneys and liver. He was undergoing more surgeries Tuesday afternoon, his father said.

The Blake family's attorney Ben Crump joined Good Morning America Tuesday morning and said Blake is in stable condition, but remains in the ICU. Crump said his three children are "absolutely devastated" by the shooting.

Blake, 29, was shot in the back seven times in front of his young children after breaking up a fight in the neighborhood, his family said.

His family spoke emotionally to the press Tuesday afternoon. His father, Jacob Blake, Sr., called what happened to his son "senseless attempted murder."

But it was Blake's mother, Julia Jackson, who made the most impassioned plea for healing and humanity.

"I am really asking and encouraging everyone in Wisconsin and abroad to take a moment and examine your hearts," she said. "Please let's begin to pray for healing for our nation. We are the United States. Have we been united?"

"Let's use our hearts, our love, and our intelligence to work together to show the rest of the world how humans are supposed to treat each other," Jackson added.

"So many people have reached out to me telling me they're sorry that this happened to my family," said Letetra Widman, Blake's sister. "Well don't be sorry, because this has been happening to my family for a long time. It happened to Emmett Till. Emmett Till is my family. Philandro. Mike Brown. Sandra."

Blake, Sr. was still grappling with the shooting itself.

"They shot my son seven times, seven times," he said, choking up. "Like he didn't matter. But my son matters!"

Blake's family along with his attorneys, including Crump, spoke in front of the Kenosha County Courthouse, which was the epicenter of the second night of unrest. His mother said her son would not have approved of the destruction of the past two nights.

"It doesn't reflect my son, or my family," she said.

Attorneys said they intend to file a civil rights lawsuit against the city for multiple reasons, including to pay for the years of medical treatment Blake will need.

He grew up in Evanston moved to Kenosha for a fresh start, his family said.

Multiple buildings burned in Kenosha for a second night after the police shooting of Jacob Blake, an unarmed Black man.

The shooting has sparked two nights of protests in Kenosha, with violent confrontations between protesters and police. Monday night, several buildings and trucks were burned.

Video of the shooting was posted on social media. The video appeared to show the shooting from across a street, three officers could be seen shouting and pointing their weapons at Blake as he walked around the front of a parked SUV. As Blake opened the driver's side door and leaned inside, one officer grabbed his shirt from behind and then fired into the vehicle. 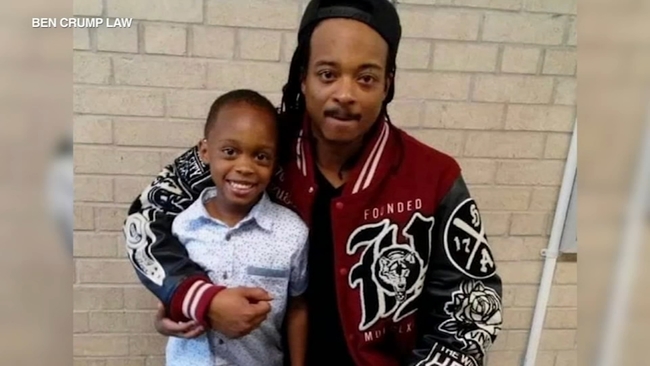