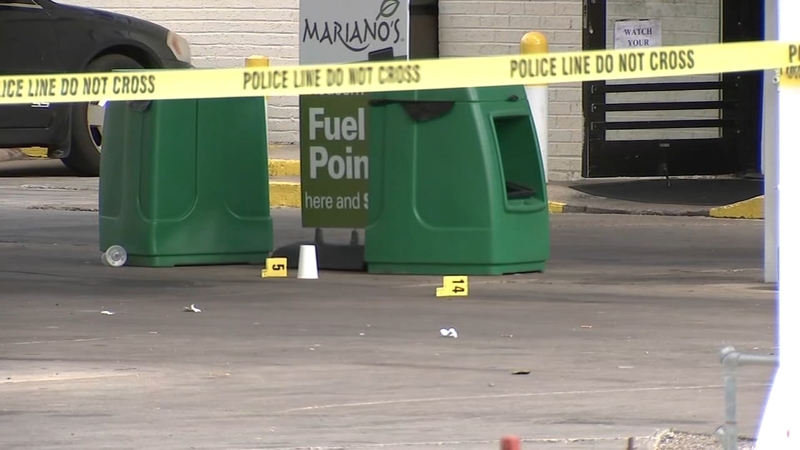 OAK PARK, Ill. (WLS) -- An 18-year-old who was shot and killed during a robbery at a gas station in Oak Park has been identified.

Jailyn Logan Bledsoe, 18, of Oak Park was identified by the Cook County medical examiner's office Thursday. Logan Bledsoe was a student at Oak Park and River Forest High School, according to school officials.

"It is with great sadness that we share the news that Oak Park and River Forest High School student Jailyn Logan-Bledsoe was accosted and killed early yesterday during a robbery at a local gas station. Please keep Jailyn's family in your thoughts during this difficult time," the school said in a statement.

Police said they responded to reports of shots fired at a gas station located at 100 Chicago Ave. overnight Wednesday, and found Logan Bledsoe, who had been shot in the head. She was pronounced dead at a nearby hospital.

Police said witnesses told them two men approached the woman shortly before 2 a.m., shot her from behind and then took some of her belongings. They then fled in the victim's dark-colored Chrysler.

Surveillance video is aiding in the police investigation, and the West Suburban Major Crimes Task Force has been called in to assist as well. No one is currently in custody.