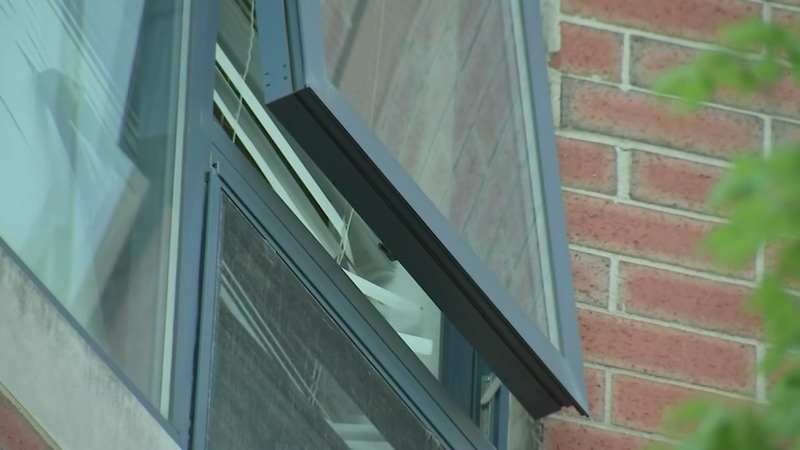 CHICAGO (WLS) -- On Sunday night, the air conditioning was on at a North Side building.

Finally, tenants said, there is relief inside their homes after last week's heat spell. But now, some are enduring a different kind of restlessness.

"I was afraid to sleep," said Lorna Barnes, a victim's friend and a building resident.

Instead of enduring heat, tenants are enduring heartbreak and, they said, uncertainty in their own sanctuaries.

For tenant Barnes, fears are real.

"What is surreal, imagine since Tuesday, you're not able or you're afraid to go to sleep because you don't think you're gonna wake up," Barnes said. "I told them. 'I don't want to die in my apartment.'"

But her fears come with more tears over the loss of her her dear friend, Janice Reed.

"She was like an angel," Barnes said. "So every time I think of her, the tears come, I well up and my heart cries."

Roneisha Harris is a caretaker for her grandmother, Barbara, who is also a tenant and would stay the night there often, seeing Delores most days.

"It's a deep disappointment that someone who's fought through life to make it this far, has went this way," Harris said. "She was always so sweet. Always asked about my grandma every day that I see her."

The temperatures inside the homes at James Sneider Apartments have cooled down, but the heat over who is to blame has been sparking change and calls for new legislation.

When tenants complained to building managers to turn on the AC, tenants said they were told they were following a city ordinance.