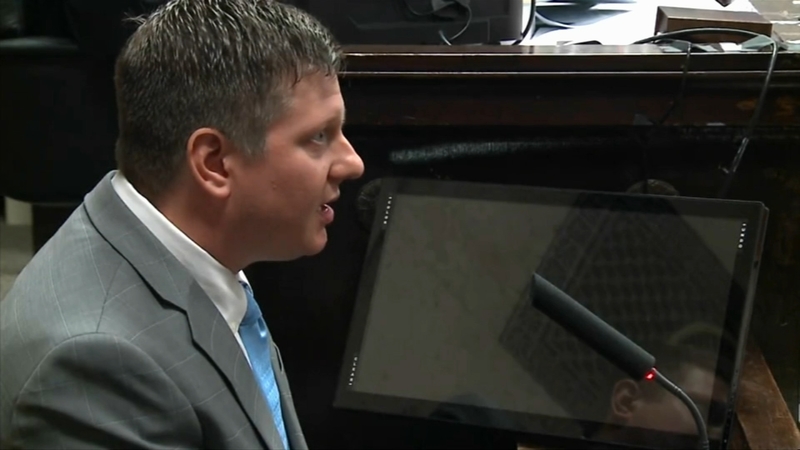 CHICAGO (WLS) -- There has been a renewed push for federal charges in the killing of teenager Laquan McDonald. Documents obtained by the I-Team that suggest the civil rights case was closed in 2019.

In early 2019, the documents show the FBI was investigating whether Van Dyke violated McDonald's civil rights when he killed the Chicago teenager in a police operation. But that federal investigation was to end in mid-2019. There were no federal charges than, and still nothing to suggest there will be.

On January 18, 2019, Van Dyke was sentenced in Cook County court to six and three quarter years in federal prison for murdering McDonald. Van Dyke notoriously fired 16 shots killing the teenager who was carrying a knife.

According to a federal court record, four days later, filed on January 22, the government confirms a civil rights investigation of Van Dyke was underway. So, even though Van Dyke had been convicted of second degree murder in state court, the U.S. Justice Department at that time was looking into whether he also violated McDonald's civil rights.

Prosecutors stating in early 2019 "The government anticipates that the investigation will continue for at least approximately another six months."

The civil rights investigation of this shooting by Van Dyke was still active, with FBI officials requesting search warrants for access to the social media accounts of witnesses to the incident.

Inside the I-Team's Van Dyke coverage: ABC7 investigative reporter Chuck Goudie reveals how to break the transparency barriers with a story some don't want covered.

But six months later, in the summer of 2019, there were no civil rights charges announced. And to this day, with Van Dyke already out of state prison on the murder conviction, no federal charges have been brought.

He acknowledges new protests, community demands for charges and political pressure all coming down on a new attorney general and administration in Washington. But Soffer says charges seem unlikely.

"Cases rarely get better with time. They usually get worse," Soffer said. "There's no reason to think that something new has turned up that would lead DOJ to prosecute when it appears over these many years they decided not to."