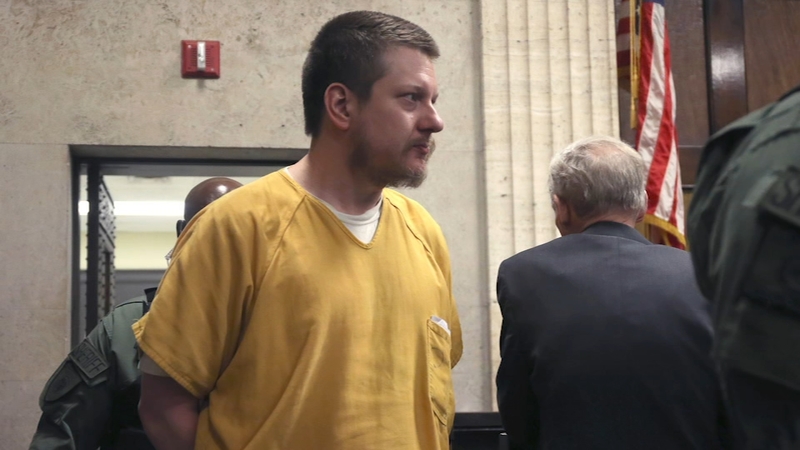 The U.S. Attorney's Office in Chicago said in a news release that the decision was made after consulting with the McDonald family and that the "family was in agreement not to pursue a second prosecution."

On Jan. 18, 2019, Van Dyke was sentenced in Cook County court to six and three quarter years in federal prison for murdering McDonald. Van Dyke notoriously fired 16 shots killing the teenager who was carrying a knife.

"I want to see charges. That three years is not enough. No, it's not possible. I feel like he need to go back to federal prison because what he did was not right," said Tanisha Hunter, McDonald's aunt.

In a statement a spokesperson wrote, "U.S. Attorney Lausch has spoken with a representative of Mr. McDonald's family on multiple occasions over the past three years, including recently ... The family was in agreement not to pursue a second prosecution, and the Office respects their position."

"That's not true because if anyone contacted me or my mother Tracey Hunter, my sister, or me as Laquan McDonald's auntie, that's not true," Hunter said. "Nobody contact neither one of us three to let us know what's going on."

Activists have long argued Van Dyke violated the 17 year old's constitutional civil rights when he shot McDonald, who had a knife in his hand, 16 times.

Proving that, prosecutors wrote, "requires federal prosecutors to prove beyond a reasonable doubt what Mr. Van Dyke was thinking when he used deadly force, and that he knew such force was excessive."

"The system is still bent toward protecting law enforcement officers, and I don't know what kind of greater tragedy can be than somebody walking away get shot 16 times by a police officer and there's no federal charges," said Father Michael Pfleger.

Van Dyke's conviction marked the first time a Chicago police officer had been criminally charged for killing someone on the job in more than 50 years.

Lausch said that the public should not draw conclusions about how they will handle future investigations into allegations of excessive force.