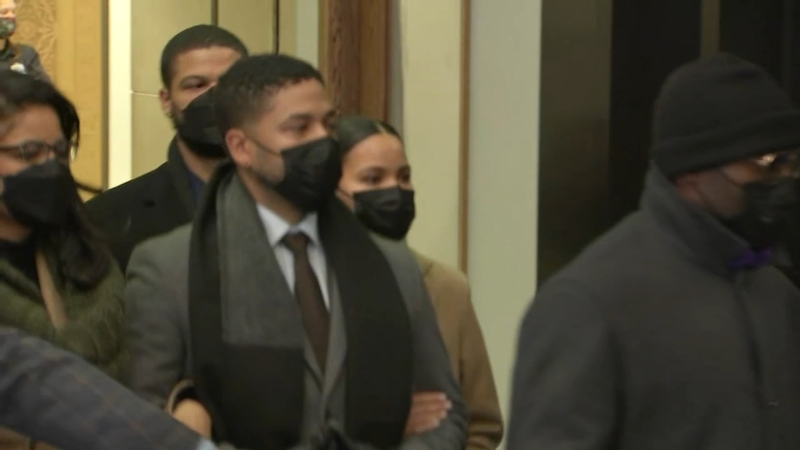 Only Black juror in Smollett trial still wonders about motive

CHICAGO (WLS) -- Andre Hope said he took no pleasure in finding former "Empire" actor Jussie Smollett guilty of lying to police and staging a hoax racist, homophobic attack on himself.

He called the entire case "sad" and said while the evidence against the actor was overwhelming, he's still left with one unanswered question.

"I still have not figured out a motive for why he did, why this had to even happen," Hope said. "He was a star."

Hope said he'd never seen "Empire" or knew much about Smollett, or his case, before ending up on the jury two weeks ago.

"I was shocked. I was completely shocked that I was even picked," he said. "At that point, I took it very seriously."

The 63-year-old, who lives in Bellwood, is a retired Cook County Forest Preserves employee. He's married with two sons who are around Smollett's age.

He said the actor's claim that the Osundairo brothers attacked him for real simply made no sense.

"Two o'clock in the morning. Cold outside. When you just use your common sense as what's there, yeah it just, it didn't add up," said Hope.

He also said the noose, used in the staged attack, was a critical piece of evidence. After wearing the rope home, Smollett claimed he took it off then put it on for police to see.

"As an African American person, I'm not putting that noose back on at all," Hope stated.

Hope said the jury never argued, was never deadlocked, and simply took its time to be thorough during nine and a half hours of deliberation. He praised his fellow jurors, but said he was disappointed to be the lone African American on the panel.

"Because how can we say that this is a jury of your peers when there's only one African American?" he explained. "And there were plenty there, so you could've gotten two, three four. African Americans can handle the truth, too. And we can give an impartial judgement on a case."