The Jussie Smollett trial resumed Monday with defense questioning. The "Empire" actor is testifying in the alleged fake Streeterville attack.

CHICAGO (WLS) -- After two brothers spent hours telling a jury how Jussie Smollett paid them to carry out a fake racist and anti-gay attack on himself in downtown Chicago, the former "Empire" actor took the stand to testify in his own defense Monday.

Taking the stand around noon, Smollett, who is one of six children in his family, testified about growing up doing commercials as a child actor. He said at 8-years-old, his family moved to Los Angeles where he eventually focused on music.

He also described how as a young adult he would often take the bus to work as a waiter, in retail and also as a clown. Smollett said he would also live in Europe for months at a time while trying to work in clubs as a musician, "and kept on trying."

He testified to jurors that in 2014, after a message via social media to Lee Daniels and seven auditions, he landed the role of Jamal Lyon on "Empire." He also talked about the pressures of playing the first openly gay African American male character on a hit TV show and the negative comments on social media.

The former "Empire" actor was then questioned about his time on the show, where he was said to be making $100,000 per episode before he was fired.

Prosecutors contend Smollett was upset by his TV studio not taking seriously a threatening letter he reported, so he hatched a plan for the fake attack. But the actor testified the studio in fact wanted to hire security for him, and he turned it down because it was too intrusive.

He told the jurors that he met Bola Osundairo through a security contact and then they became friends.

Smollett testified Bola Osundairo continually suggested he should be the actor's bodyguard, an idea Smollett rejected.

He testified that they would do drugs and go out together, including to a gay bathhouse where Smollett told the jury they had sexual contact for the second time.

Last week, Bola Osundairo testified that he and Smollett were friends, but there was no sexual relationship. He, along with his brother, told the jury last week Smollett asked them to stage a hate crime in which he was the victim. They went along with the plan because as aspiring actors they thought Smollett would help their careers.

Smollett told jurors he and Bola often drove around smoking pot in the car to relax, which is what they were doing during what the prosecution contends was a "dry run" with both brothers to scope out the Streeterville location for the alleged staged attack.

Under cross examination he denied he refused to give his phone to police because messages could connect him to the Osundairos, saying he refused to turn his cell phone over to Chicago police detectives because he was more concerned about his privacy, despite detectives telling him it could be very helpful in trying to solve the crime.

He gave the same privacy reasoning for why he refused to give DNA, saying, "I don't even do Ancestry.com." And he denied manipulating the rope that Ola Osundairo testified he was unable to get around the actor's neck, saying he did not put it around his own neck.

Smollett will return to the stand Tuesday for further cross examination and questioning under oath.

Before the actor took the stand, his defense team called a security guard to testify.

Anthony Moore told the jury he was working nights at the Sheraton on Jan. 28, 2019, when he saw two men running. He said one was a white male.

He testified that he could see in the distance a third man bent over or on all fours on the ground. He testified that he told Chicago police officers two or three times what he saw, and when questioned by someone from the Special Prosecutor's Office, he felt pressured "to say something I didn't see."

Jurors also watched surveillance video of the incident, and the executive producer of "Empire" testified about a hate letter against Smollett that caused more security for the actor on and off set.

Earlier in the day, members of the public could not get into the courtroom due to overwhelming interest in the trial, as well as COVID restrictions. After a break, Judge Linn resorted to adding chairs in the hallway to accommodate some who wanted to be in court. The judge later announced to the jury that a camera had been set up to feed testimony into an overflow courtroom.

During the trial that started last Monday, what emerged was the story of a television star who cast two brothers as his attackers, gave them dialogue to recite, and paid for the rope he told them to fashion into a noose and loop around his neck.

As strange as that sounds, it is the only narrative that has come to the jury from the siblings, Abimbola and Olabinjo Osundairo, known as Bola and Ola. And some legal experts say the only chance Smollett has of beating charges that he lied to the police is by telling jurors his version of what happened on Jan. 29, 2019.

Terry Ekl, a prominent Chicago-area defense attorney not involved in the case, and other legal experts said jurors are not supposed to read anything into a defendant's decision not to testify but that when they return to the deliberation room they often do just that.

As to the importance of a defendant testifying, legal experts said one need look no further than the recent trial in Kenosha, Wisconsin, where Kyle Rittenhouse was acquitted of all charges after he testified that he fatally shot two men and wounded another because he feared for his own life.

"They won the case by putting him on," said Kathleen Zellner, a Chicago area defense attorney. "The jury believed him."

In Smollett's case, it may be important for him to testify because, as bizarre as the brothers' testimony was, they are the only witnesses to the incident who have testified. And, said Chicago-based defense attorney, Joe Lopez, Smollett's attorneys "haven't been able to impeach these brothers."

Nor have they located a white person that a woman told police she saw carrying a rope in the area earlier that night, leaving the brothers and Smollett as the only three people that the jury can conclude know what happened.

"I think they just want to hear his story and if they don't, the only one they've got is the prosecutions' story," said David Erickson, a former state appellate judge who teaches at Chicago Kent College of Law.

Another reason why Smollett might want to testify: He should be good at it.

"He's an actor. He should be testifying," Lopez said.

Erickson said that when he teaches trial advocacy, he makes it clear from the outset that jurors vote for people they like. Right now, he said, he's sure they like the special prosecutor, Dan Webb. "Dan Webb is Everyman, he seems like a nice guy, a good next-door neighbor."

In contrast, they don't know Smollett, and have not heard his voice since he introduced himself during jury selection.

But testifying could pose all sorts of problems for Smollett, starting with his need to explain how the brothers knew they would run into him in the dead of a brutally cold night in an unfamiliar neighborhood as he returned from a sandwich shop. Unless he told them he would be there.

Also, if he's convicted, Smollett's words could land him in yet more trouble.

"You can't be penalized (by a judge) for not testifying but if he takes the stand and the judge believes he perjured himself, he can add (jail or prison) time," said Erickson.

At issue is not whether the attack happened, but whether Smollett staged it.

A defense attorney told jurors during openings that Smollett was a "real victim" and that the brothers' accounts are unreliable.

Defense attorney Nenye Uche has said the brothers attacked Smollett, who is Black and gay, "because of who he is" and has suggested that the brothers were homophobic.

The trial is expected to wrap up this week. 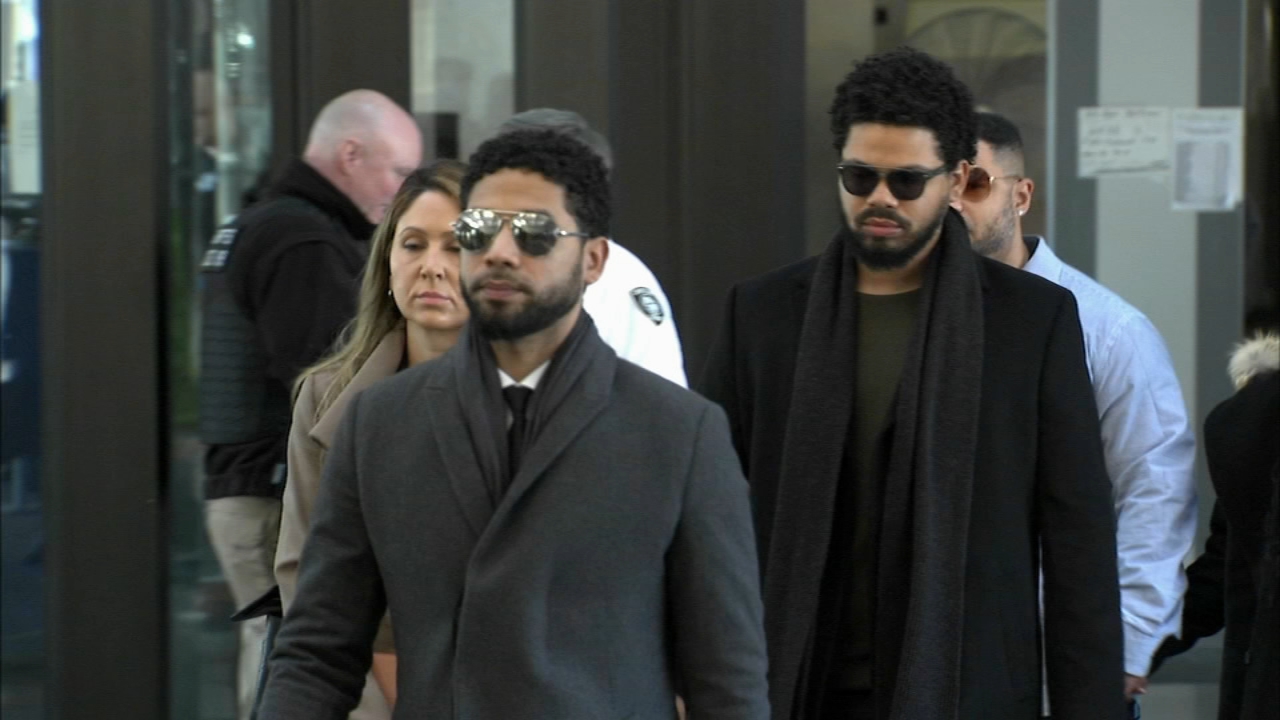