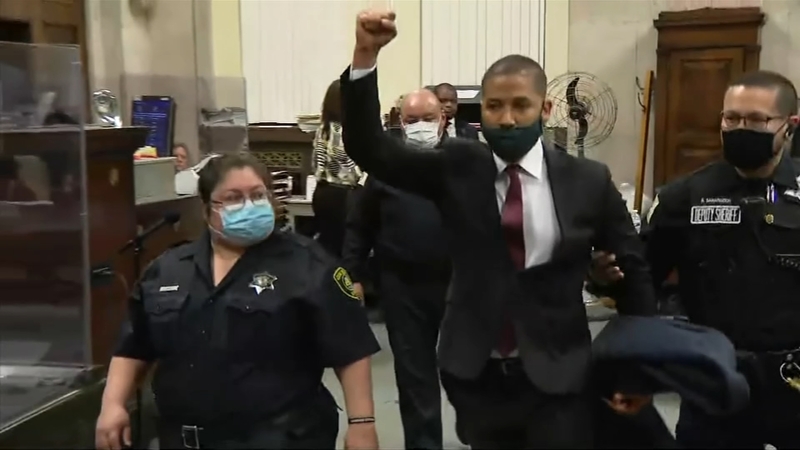 CHICAGO (WLS) -- Some members of Chicago's Black LGBTQ+ community said they understood why Jussie Smollett's repeatedly said he was not suicidal Thursday before heading to serve out his sentence.

"He was trying to say if anything was to happen to him in prison, like what happens to so many Black queer and trans folks, he wanted the rest of the world to know that it wasn't suicide," Rice said.

Brave Space Alliance is a Black and trans-led LGBTQ+ center on the South Side.

Rice believes Smollett's 150-day sentence for lying to Chicago police about an anti-Black and anti-gay hate crime was excessive.

"If we are talking about a supposed hoax here, a supposed lie...150 days in prison, that can be a death sentence for Black queer folks," he said.

Shakur Silas, the program manager for the Chicago Black Gay Men's Caucus, said many in the Black and Brown LGBTQ+ community were already distrustful of law enforcement and the criminal justice system.

"A lot of people are probably watching this and experiencing some type of trauma from experiences they have had with the legal system," he said.