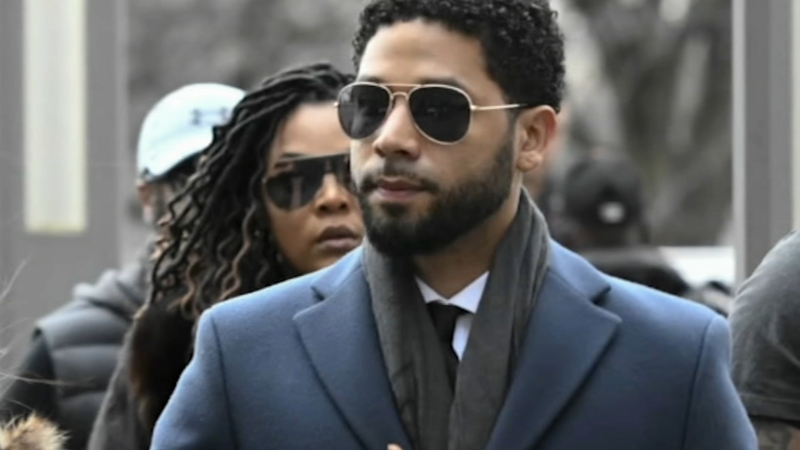 CHICAGO (WLS) -- Former U.S. Attorney for the Northern District of Illinois Dan Webb has been appointed as a special prosecutor in the Jussie Smollett case, Judge Michael Toomin announced at a hearing in Chicago Friday.

Judge Toomin reached out to 101 public agencies and attorneys general throughout the state. Many rejected the request and others were not able. The judge said he then turned to those in private practice.

Toomin has known Webb with Winston and Strawn professionally for 50 years and believes he is the "understandable choice" to take on this case. Webb has handled many high profile cases.

In fact, this will be the sixth time that Webb has been tapped to take on the role of special prosecutor. He's been selected by Judge Toomin before to investigate the death of David Koschman, who was punched and killed by former Mayor Richard M. Daley's nephew Richard Venecko in 2004.

Webb has even been retained by the City of Chicago in a previous case. Webb also currently represents Ukrainian Oligarch Dmitry Firtash, who is the subject of an extradition fight by the U.S. to bring him to Chicago in a racketeering case.

For his first order of business, he plans to request the appointment of a grand jury. Then he plans to follow the facts.

"The truth is, I have to go where the facts go and I cannot let politics dictate where I go and how I make decisions," Webb said. "I intend to expedite everything, but the facts will take me where they take me."

Webb said he'll look at the investigations already conducted by other agencies and interview witnesses. He said he plans to reach out to Smollett's attorneys, but Webb wouldn't disclose if Smollett will be interviewed.

Webb learned of his appointment about three weeks ago while on vacation at Disney World with his family. He said he plans on offering his services to the county pro bono, with the exception of out-of-pocket fees.

A petition for a special prosecutor to investigate state's attorney Kim Foxx and her handling of the Jussie Smollett case was filed after Foxx dropped all 16 felony counts the actor faced for allegedly staging a racist and homophobic attack in January.

After countless hours of police investigation, authorities concluded the attack was a hoax. As special prosecutor, Webb can investigate Smollett, who could face charges once again and look into how the case was handled by Foxx.

Schaumburg resident Candace Clark, who's facing the same charge as Jussie Smollet, questions why she's being treated differently than the "Empire" actor and R&B singer.

In court, Smollett's attorneys objected to not only the appointment of a special prosecutor, but one that is now in private practice. Smollett himself continues to maintain the January incident was not a hoax.

In response to Webb's appointment, the Cook County State's Attorney's Office released a statement saying, "While the court previously concluded that our office had no conflict of interest in this case, public trust is paramount to our work. We pledge our full cooperation to the special prosecutor appointed today to review this matter.

"We are proud of the dedicated women and men of the Cook County State's Attorney's Office who work hard every day on behalf of victims and communities affected by crime. As we continue our focus on efforts to increase public safety and reduce violence, we remain committed to justice, transparency, and fairness for those we serve.

Fraternal Order of Police President Kevin Graham was also in court Friday, saying many of his members are eager to see the special prosecutor's findings.

"We hope that the special prosecutor looks into not just the Smollett case, but into the conduct of the prosecutor's office here," Graham said.