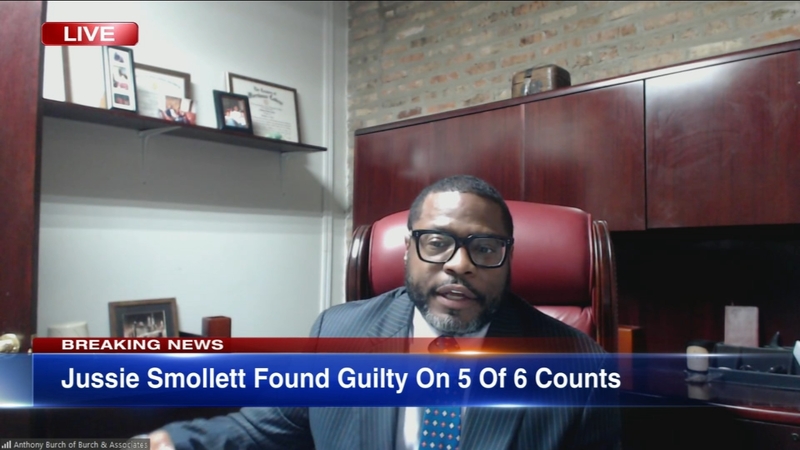 CHICAGO (WLS) -- Actor Jussie Smollett was found guilty Thursday of disorderly conduct for staging a racist, homophobic attack against himself in Streeterville in 2019.

A jury at the Leighton Criminal Court Building decided Smollett was guilty on five of six charges relating to false statements prosecutors said he made to Chicago police.

Those charges are listed as class 4 felonies, which are among the least serious felonies in Illinois, but can still carry potential prison time of up to three years. Experts have said Smollett will likely be placed on probation and ordered to perform community service due to his lack of criminal history.

"Because Mr. Smollett does not have a criminal history, there is a presumption that he would be given a form of probation," said Attorney Anthony Burch. "So I don't suspect that he would be taken into custody."