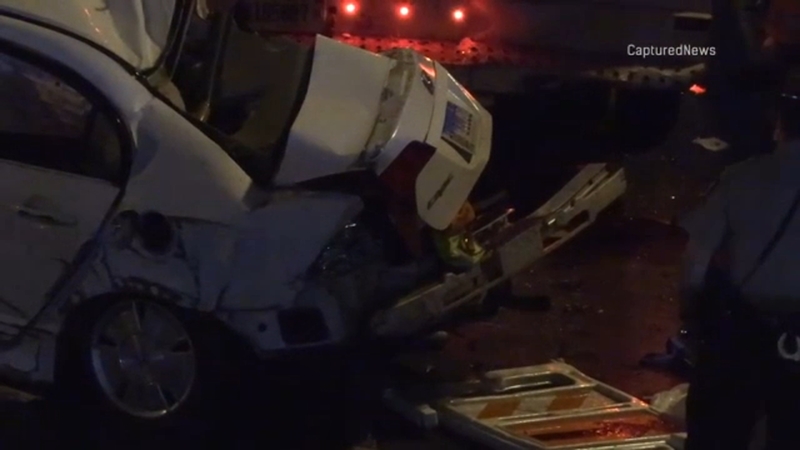 CHICAGO (WLS) -- One person has died after a vehicle broke through a construction closure on the outbound Kennedy Expressway near O'Hare airport early Friday morning and hit a truck, Illinois State Police said.

A vehicle was driving west on the Kennedy, or Interstate 90, near Cumberland Avenue just before 1:45 a.m. when it broke through a construction closure and hit a parked construction truck, according to ISP.

No one was inside the truck at the time of the crash, but the driver of the other vehicle died on the scene, police said.

Part of the Kennedy at Cumberland was closed until about 7 a.m. for a crash investigation.

No information was immediately provided about the person killed.