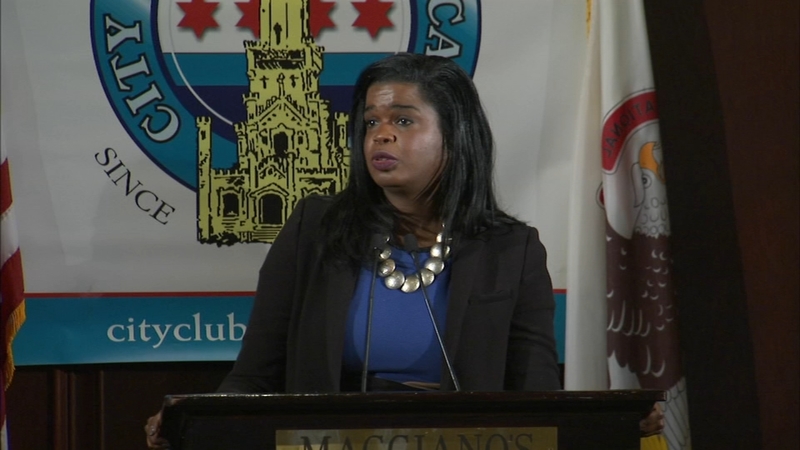 The I-Team obtained hundreds of texts and emails through a Freedom of Information Act request from Foxx's office. The State's Attorney's Office would later drop all charges against Smollett.

Foxx recused herself from the case because she had conversations with Smollett's family related to the case before police announced they believed the actor's report of a hate crime was made up and that the attack against him had been staged.

There are dozens of texts that include private conversations between Foxx and her staff, many including links to published reports about the Smollett case.

In one exchange, just weeks before Foxx's office decided to drop all charges against the actor, Foxx wrote, "Sooo......I'm recused, but when people accuse us of overcharging cases...16 counts no a class 4 becomes exhibit A."

Foxx continued, "Pedophile with 4 victims and 10 counts. Washed up celeb who lied to cops, 16."

Check out this text message obtained by the @ABC7Chicago I-Team from State’s Attorney Kim Foxx to Joe Magats— the prosecutor running the Jussie Smollett case *after* her recusal. pic.twitter.com/NInWqEfDSC

The text messages show that even after her recusal, Foxx was still communicating with prosecutors working on the case.

In an exclusive interview, Mayor-elect Lori Lightfoot spoke exclusively to ABC7 about the lawsuit filed by the city of Chicago against Jussie Smollett.

Smollett was indicted on 16 counts of disorderly conduct for filing a false police report by a grand jury. Investigators said he paid two brothers to help stage a hate crime attack on himself in Streeterville in late January.

Foxx released a statement Tuesday night, saying, "After the indictment became public, I reached out to Joe to discuss reviewing office policies to assure consistencies in our charging and our use of appropriate charging authority. I was elected to bring criminal justice reform and that includes intentionality, consistency, and discretion. I will continue to uphold these guiding principles."

Smollett has continued to maintain his innocence, saying he has been truthful the entire time.