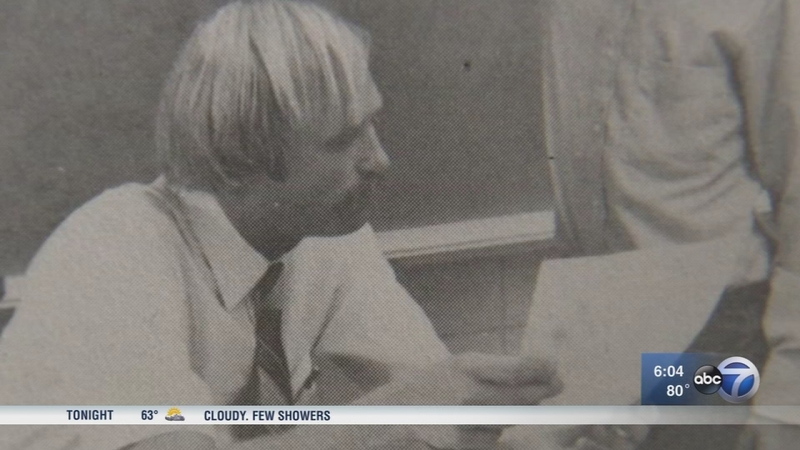 LAKE BLUFF, Ill. (WLS) -- Former suburban teacher Charles Ritz pled guilty to public indecency Wednesday, ending a case from the 1980s uncovered by the I-Team. As part of a plea deal, Ritz has been sentenced to two years of probation and cannot have unsupervised contact with minors.

Last fall, former students told the I-Team that after a pizza party in Waukegan in 1985, Ritz took them to a home and masturbated while showing them pornography.

Ritz's attorney Robert Deters said he is "happy this case was concluded." "Charles looks forward to enjoying his retirement and we are eager to put this chapter in his life behind him," Deters said.

Jim Moss was in the courtroom to watch his former math teacher plead guilty.

"I was there thinking, well, the students gave the math teacher a lesson in civics. We pursued the truth relentlessly and the truth will win and that felt really good to see that come to fruition today," Moss said.

The following is a statement from Lake Bluff School District 65 regarding today's sentencing of Charles Ritz:

"The Lake Bluff School District 65 Board remains deeply saddened by the painful events described by former students of Charles Ritz, who taught at Lake Bluff Junior High School between 1975 and 1985. The District fully cooperated with the Lake County State's Attorney and the Lake Bluff Police Department in their investigations. At today's hearing, Ritz pled guilty to one misdemeanor count of public indecency and was sentenced. We appreciate the diligence and efforts of law enforcement to conclude this matter and hold Ritz accountable for his actions."