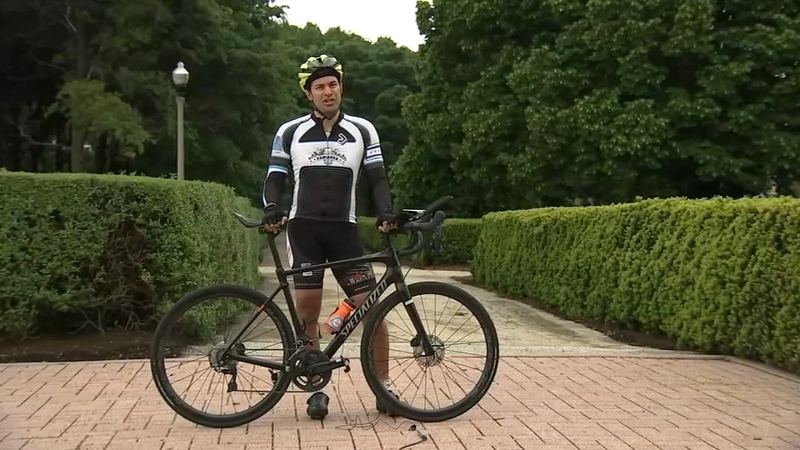 CHICAGO (WLS) -- Phil Fox has been an ultracyclist for years, traveling thousands of miles across the country on his bike.

But in the next few weeks he will attempt a world record, riding around all of Lake Michigan in just 72 hours to raise money to end multiple sclerosis.

To accomplish his goal, Fox will be riding almost nonstop.

"Chances are maybe I'll get two to three hours of sleep and I'll be pedaling probably 23 hours a day to see just how fast we can pull this off," Fox said.

He's gone on thousand-mile cross country races in all weather conditions, and this next challenge is almost that far.

"Every year (is) just a little bit harder, a little bit faster. You're constantly pushing the boundaries and learning about what you can do to improve," he said.

Fox will take his first pedal for this attempt right here at Buckingham Fountain. He'll head north through Wisconsin along the lake, head east and south over the Mackinac bridge from the Upper Peninsula along the Michigan coast, travel south into northwest Indiana, and then come up north along the lake back to Buckingham Fountain. He wants to do all of that, 940 miles, in 72 hours or less.

"We're in the fight to end MS and that's why it's important to me," he said.

Fox has two close friends who were diagnosed with multiple sclerosis. Raising money with this ride to end MS, he says he's doing it for them.

"I'm trying to support them in maybe the one way that I really can," Fox said.

And he wants to bring that world record for biking the whole of Lake Michigan home to Chicago.

"If I can eat on the bike, if I can drink on the bike, you know it's faster to be pedaling than it is to be stopping," Fox said. "It's truly is an adventure that I don't think I'm going to get sick of anytime soon."