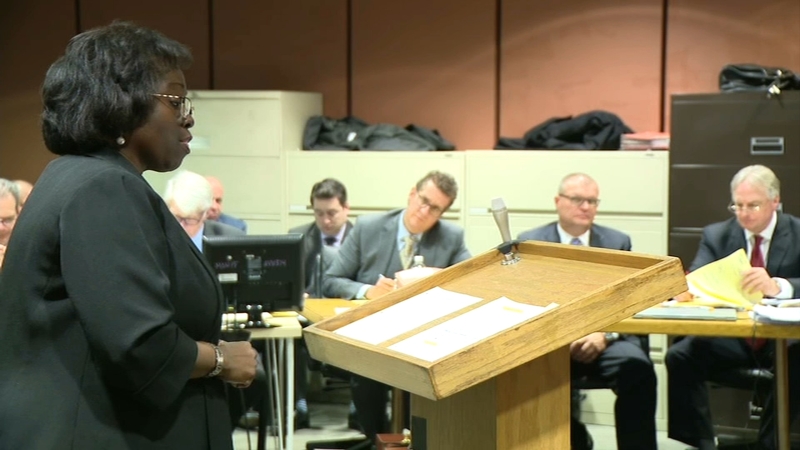 CHICAGO (WLS) -- Closing arguments began Thursday in the trial of three Chicago police officers accused of lying to cover up what happened the night Laquan McDonald was shot and killed.

Three officers sworn to serve and protect the citizens of Chicago face criminal charges and await a judge's decision on their fates.

On Thursday, the officers' defense teams rested after calling only one witness after the special prosecutor called several witnesses over three days.

"If Judge Stevenson is looking at the facts and the circumstances laid out by the special prosecution, she will rule unbiasedly and fairly that what these officers did was conspire to cover up the murder of Laquan McDonald," activist William Calloway said.

In closing arguments, Special Prosecutor Patricia Brown Holmes told the judge the officers are to follow the law. She said the officers gave the same details of what they said happened that night in 2014 -- details which were contradicted by video captured on a police dashboard camera when 17-year-old McDonald was shot 16 times by Van Dyke.

"We are here because these officers and others tried to make the case against Van Dyke go away. Laquan McDonald was a human being. He deserved due process in the law and not to have police officers write false reports and shape a false narrative to justify his killing," Brown Holmes said.

Each officer has his own attorney. And in their Closing Arguments they are expected to make similar claims that the officers were doing their jobs and did nothing improper or illegal.

The attorney for David March called the special prosecutor's case weak and James McKay said the prosecution glossed over details that led to the shooting.