Underwood thanks supporters, plans to head to Washington after historic win 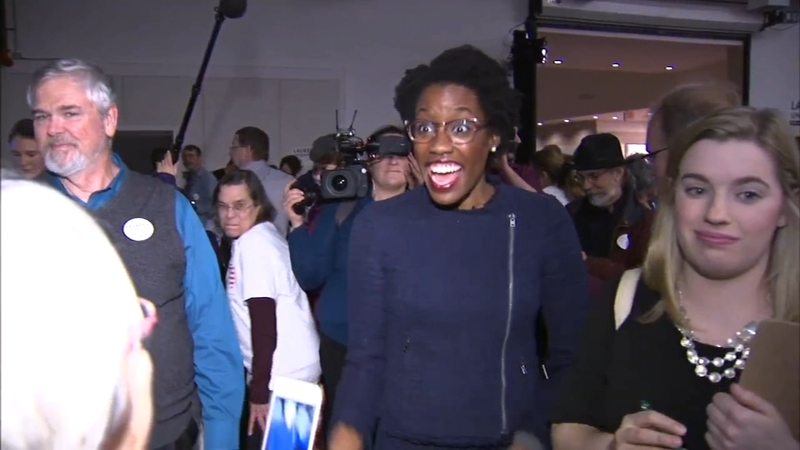 Underwood thanks supporters, plans to head to Washington after historic win

The 32-year-old Naperville native and political newcomer beat long odds to topple incumbent Republican congressman Randy Hultgren. She is the first woman and first African-American to be elected to represent the district.

"So I want to thank you so much for all that you've done. Thank you for being here, and thank you for believing that we could do this, because boy did we show out," she said to supporters Wednesday.

The 14th Congressional District spans suburban and rural areas of seven counties and has previously leaned Republican. Democrats focused on this district as one they believed they could flip, and that strategy paid off: Underwood's win helped Democrats take control of the House of Representatives.

"We won every county except McHenry, and in McHenry County the gap was only 2,000 votes," Underwood said.

Underwood, a registered nurse, made health care improvements a pillar of her campaign, but she said she's prepared to bring all of her constituents' concerns to Washington during what has been a tumultuous time.

"It's not about being easy. It's about making sure our voices are heard and that we have an opportunity to pass legislation that will help families across our region," she said.