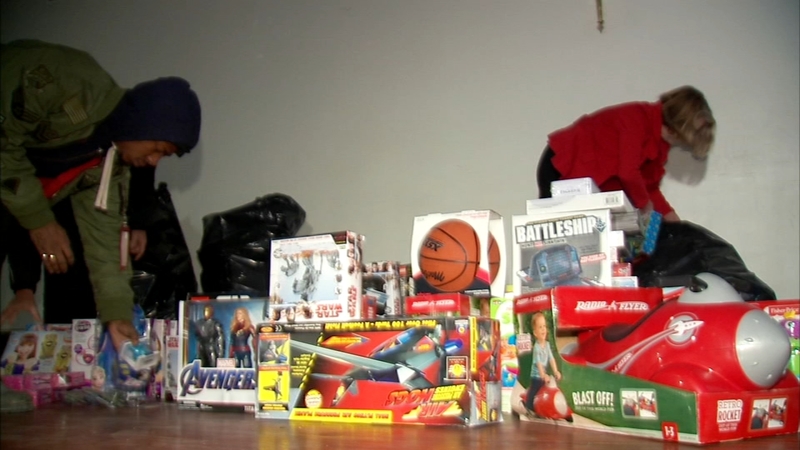 CHICAGO (WLS) -- Geraldine Smith has hosted a toy giveaway for children in Chicago's Englewood neighborhood for the past decade, but this year she's worried the party won't go as planned.

Smith knows the pressure is on. She's got 15 days until her organization, Life Builders United, Inc., is hosting hundreds of kids for a Christmas party. And she's still trying to collect as many toys as possible before Saturday, December 21.

Smith has thrown this party since she was released from prison more than 10 years ago. She said her mission is to help the Englewood community.

"In giving them the toy, then that gives me the right to talk to this child, to direct this child in the right way," Smith said.

Alonzo Brooks met Smith after serving 22 years in prison. He's one of the volunteers busy collecting toys that will be distributed to the children that attend the party.

"I sat with her, talked with her, and everything she said was inspiring and motivating, it caused me to want to get up and do something," Brooks said.

Last year Smith's party served about 3,200 kids from the Englewood neighborhood. They walked through a wonderland of colorful gifts and sugary sweets.

"This area does not have a lot of good things that come to them, and we need to reach these children," volunteer Shannon Beard said.

Each child that attends the Christmas party goes home with a bag of toys and a message of hope.

Smith served 19 years behind bars before being released. Since them she's devoted her time to the community. The Christmas party is one of the group's most significant events.