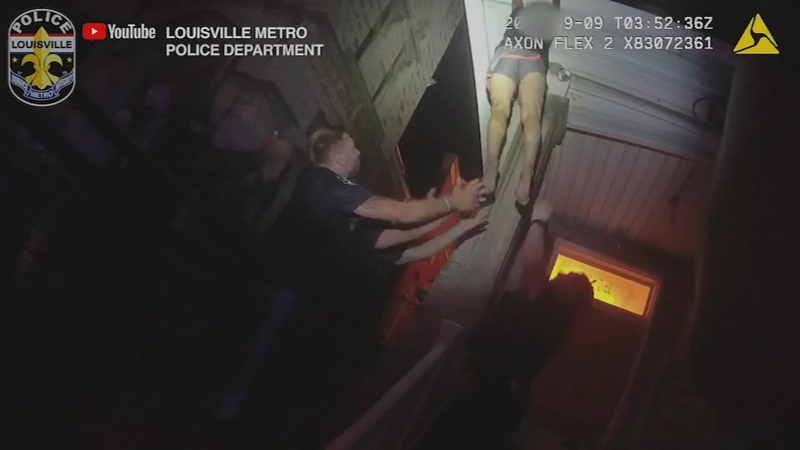 Police said they were notified of a structure fire that was "rapidly" engulfing a house in September. When five officers realized a woman was trapped on the second floor roof, they encouraged her to jump to them.

Watch the moment two bystanders carried a 97-year-old woman out of her burning home on a chair.

Bodycam footage shared Tuesday showed the officers catching the woman as she dropped from above.