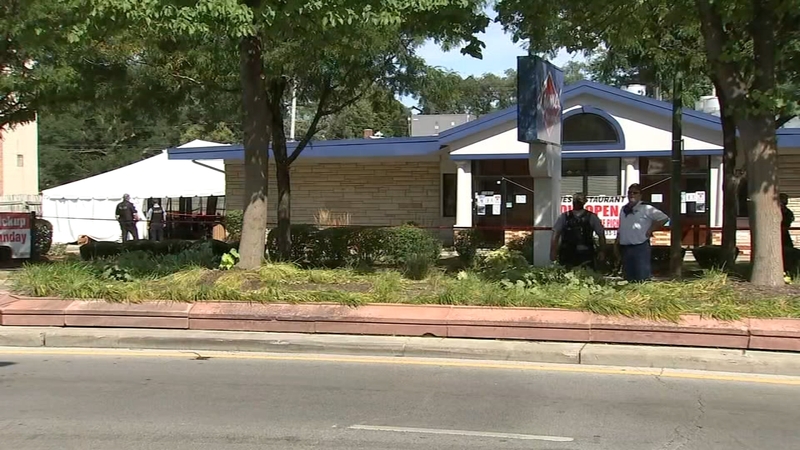 CHICAGO (WLS) -- One person was killed and four others wounded in a shooting at a restaurant in Chicago's Morgan Park neighborhood Sunday afternoon.

Three women and two men were shot around 1:30 p.m. while they ate at Lumes Pancake House at 11601 South Western Avenue, according to Chicago police.

Two Chicago police officers were shot and a suspected shooter was wounded Sunday morning after a traffic stop in Homan Square on the West Side.

Witnesses said they heard 20-30 shots fired into the restaurant's large white tent that is set up in the parking lot and used for additional seating. Regulars say the extra space is especially needed on weekends, as the restaurant is popular with the after-church crowd.

Police said a 31-year-old man who died at the scene was the target of the shooting and was known to police. He was dining outdoors under the tent when police say several men in a white SUV pulled up and started shooting.